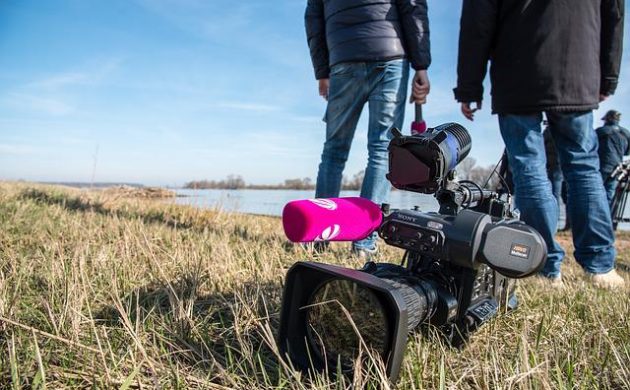 Underrepresented as sources and reporters (photo: Pixabay)
May 6th, 2022 5:26 pm| by Christian W

The report showed that the share of media sources with an ethnic background other than Danish dropped from 2011 to 2016 and then again to 2021 – despite the group increasing in the general population.

“With this third report of minority sources in the news landscape, we can see the development over a decade,” said Hanne Jørndrup, an associate professor of journalism at RUC, who is behind the research.

“And unfortunately, there still seems to be a consistent aversion to using sources with minority backgrounds – and when they are used, it’s regrettably often in stories where they act as minority citizens in opposition to the majority,” said Jørndrup.

Few minority journos
Jørndrup went on to say that minorities are rarely used as sources in stories about childcare, schooling, economics or tax.

The research also found that journalists with minority backgrounds accounted for under 1 percent of the 1,244 articles looked at.

A new crying curve?
Researchers from Aarhus University have made a discovery that could change how we perceive infant crying patterns. Contrary to common belief, the duration and intensity of infant crying does not peak after five to six weeks before stabilising at a lower level after three months, at least according to the findings. Looking at data from 27 countries, the researchers found that crying remains a significant part of the repertoire of many infants even after six months. The results could lead to a change to the ‘crying curve’, which is based on a US study from 1962 that only focuses on the first 12 weeks of a child’s life. Crying is one of the earliest forms of communication that infants use to get their parents’ attention. When parents react, it impacts the infant’s cognitive and emotional development. Based on the research, AU has developed two new models for the infant ‘crying curve’. The research also found that infants from non-western countries cry less than those from English-language countries like the US, UK and Canada.

Green aviation fuel project
Aarhus University has teamed up with Haldor Topsøe in a project that seeks to produce a green alternative to aviation fuel. The project, HyProFuel, will look into a fuel CO2-neutral solution based on CO2 neutral hydrocarbons in the form of pyrolysis oil made from organic waste products from agriculture and forestry. An efficient process that can transform the raw oil into fuel, which can be used in a modern engine, is what the project seeks to accomplish by developing a catalytic reactor to solve the problem.

Shaping future food production
A new research mission, AgriFoodTure, has been established in a bid to develop a joint vision for the future of agriculture and food production. The Innovation Foundation has earmarked 201 million kroner to the effort, which is a research partnership between universities, business and innovation. AgriFoodTure is the first of four partnerships that Innovation Foundation will invest in as part of helping Denmark reach its 70 percent CO2 emission reduction goal by 2030 and 2050 climate neutrality goal.

Gene therapy saving eyesight
Researchers at Aarhus University are investigating whether gene therapy can be used to save the sight of patients suffering from inherited retinal disease. One in 2,000 people on Earth suffer from an inherited retinal illness, which degrades sight and can lead to blindness. Using Prime Editing – a ‘search-and-replace’ genome editing tool – researchers hope to be able to change the pathogenic mutations directly into patient DNA and thus stop the illness from developing.