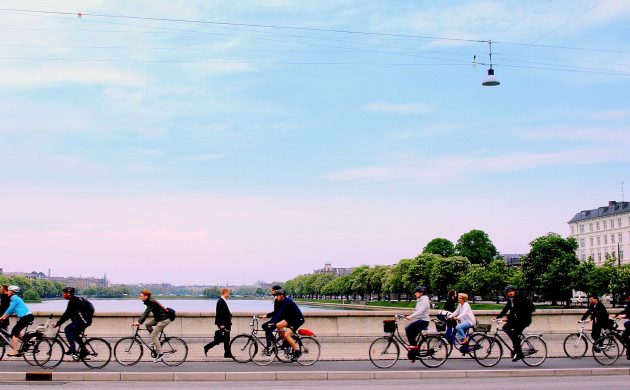 With the Tour de France on Danes’ doorsteps – and 3 billion kroner set aside for nationwide cycling projects over the next 13 years – the Danish government has dubbed 2022 the ‘Year of the Bike’.

According to Vejdirektoratet, the road directorate, however, investment in cycling infrastructure over the past two decades has failed to increase the popularity of cycling in the country. In fact, compared to 20 years ago, cycling has declined significantly.

Vejdirektoratet’s figures show that a stretch of road averaging 100 cyclists in 2000 would now average only 94 cyclists.

Danes cycling less outside of major cities
Marianne Foldberg Steffensen, a department head at Vejdirektoratet, has said the decline in cycling is partly a result of the country’s economic success.

“We have become more comfortable and many have got a car – some have even got two cars. Once you have a car, you are very likely to use it – even on very short trips,” Steffensen told DR.

In addition, Steffensen noted the convenience of cycling differs significantly between major cities and smaller municipalities. With longer distances to travel to work, school and other activities, Danes living in much of the country understandably choose not to cycle.

In Copenhagen, citizens cycle an average of three kilometres a day, compared to only 1 km a day in the country’s smaller municipalities, reported Steffensen.

Youth initiatives and financial incentives put forward as solutions
The trend has been noted in both the public and private sector. Trine Bramsen, the minister of transport, is betting on the country’s youth. Speaking to DR, she reported that the government is preparing to launch initiatives in schools and daycare institutions to encourage children to cycle.

Jens Peter Hansen, the national chair of Cyklistforbundet, the cyclists’ federation, has called for new policies to incentivise cycling.

Hansen’s recommendations include a tax deduction for cyclists who ride over 6 km in a day, as well as a program to enable employers to pay their employees for cycling to work.

Jeppe Bruus, the tax minister, has said a tax deduction for cyclists is unlikely, betting instead on the country’s efforts to improve cycling conditions.