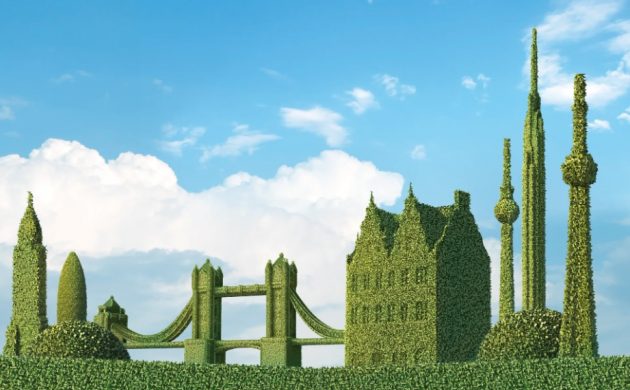 Copenhagen has been ranked third on the list of 50 cities on the Sustainable Cities Index, published by Corporate Knights.

The index is made up of 12 environmental sustainability indicators, related to climate change, air quality, land use, transportation, water, waste, policy and resilience.

The index, which was launched today, is the world’s first crowd-sourced city sustainability measure. It enables local officials to log in and enter sustainability metrics to see where their city ranks.

Ahead of Copenhagen
Given all its green credentials, it’s no surprise that Copenhagen got one of the top spots, but which cities beat Copenhagen to the top?

The first and second places were claimed by two of Copenhagen’s Scandinavian neighbours, Stockholm and Oslo. Cities in the region claimed five of the top 10 positions overall.

Cities with female mayors also tended to score highly, with 50 percent of the top 10 cities being led by women, including Copenhagen, Stockholm and Oslo.

Copenhageners can congratulate themselves on using the least amount of water per capita than any other European city.

Mayor wants more
The Danish capital also scored well for emissions, as it has one of the lowest greenhouse gas emissions per capita at 0.9 percent and one of the most efficient road networks in Europe. Public transport rates were also very high for Copenhagen, as 67 percent of all trips are made by walking, cycling and public transport, compared to Stockholm’s 53 percent .

It’s not all cause for celebration though, as even the greenest cities have a hidden greenhouse gas problem, as imported goods such as food and electricity are not included in the index and make up to 80 percent of carbon footprint levels.

Copenhagen could also improve on its renewable energy policies, ranking at a C grade compared to the A grade received for climate change resilience.

Corporate Knights hope the index will help cities improve their sustainability, with research analyst Nadia Morson emphasising there is still a long way to go in the fight against climate change: “Clearly, changing our climate trajectory is no small feat. Cities must continue to evolve by planning, designing and investing innovatively”.

Copenhagen Mayor Sophie Hæstorp Andersen aims to make the city even more sustainable during her tenure, so perhaps in 2023 Copenhagen will be able to claim the top spot.