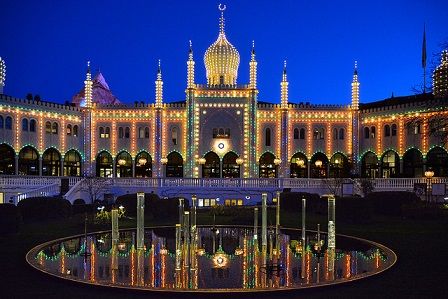 It looks like Tivoli might have under-estimated the overwhelming desire of the Danish people to go out again now that the COVID-19 pandemic is in the rear-view mirror.

First up, it got its sums wrong over FredagsRock. Far more turned up than expected, causing disruption at the perimeter of the themepark. Damage was even caused to some of the fences.

And now it has had to alter its 2022 revenue estimate. Previously expecting a loss, it projects a small profit thanks to a brilliant opening to its main ‘Summer Season’.

The fine margin of a loss becoming a profit
Since opening its gates on April 8, more guests have visited Tivoli than previously expected.

In its last set of annual accounts, the themepark projected 2022 revenue of about 800-900 million kroner, which would have caused a loss.

However, this has now been raised to 850-950 million: a result that would land Tivoli a pre-tax profit of 25-50 million.

Still a tiny bit of caution
According to Susanne Mørch Koch, Tivoli’s administration director, there is optimism the crowds will continue over the course of the summer.

Case in point: a concert featuring US rapper 50 Cent this coming Friday has already sold out.

Neverthless, it remains cautious. Tourist numbers remain low, and the cost of living has soared, and this could still dampen expectations, Tivoli concedes.