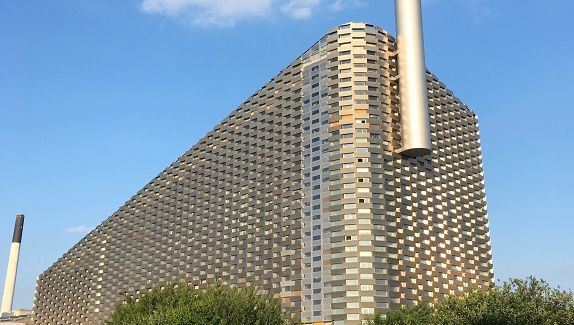 The district heating system relies on energy produced by incinerators like this one at Amager Bakke (photo: Orf3us)
September 21st, 2022 9:54 am| by Ben Hamilton

If you thought district heating was immune to the energy crisis, which so far has mostly hit households in remote areas, particularly if they are powered by gas, then think again.

Prices have been edging up to the extent that some bills are likely to double (compared to 12 months previously) once winter starts in earnest in January, reports TV2.

Nevertheless, it will mostly be district heating suppliers dependant on gas that are hardest hit, so households outside densely-populated areas are the ones most likely to suffer.

Further rises possible should war continue
Customers in Haderslev in south Jutland, for example, have been warned by district heating supplier Haderslev Fjernvarme that their prices are likely to shoot up by 75 percent from January 1.

For a house measuring 130 sqm, this will be the equivalent of an extra 700 kroner a month – and for a standard apartment, an extra 500 kroner.

“A price increase of 75 percent is severe, and we are fully aware of the consequences for our customers. Unfortunately, we cannot even promise that the price increase will be the last,” noted Haderslev Fjernvarme chair Søren Knudsen, who promises prices will fall should the energy crisis dissipate.

“The War in Ukraine and tense relationship with Russia make it very difficult to predict what will happen in the energy market.”

Across the country
Meanwhile in south Zealand, customers supplied by Fensmark Fjernvarme can expect a 60 percent increase in their bill from October 1, according to Sjællandske Medier.

Elsewhere, Vrå Varmeværk in north Jutland has predicted a 40 percent rise from the start of 2023, according to Nordjyske.

And customers in Fåborg on Funen can expect a 150 percent increase from October 1, according to Funen Stiftstidende.

EU proposal could hurt all district heating customers
Conversely, a EU proposal to cap the profits of energy companies, which have been thriving of late in Denmark, could lead to even higher prices, as many companies use part of the profits to keep the prices down.

This cost will then be passed on to all district heating customers, regardless of how densely populated their area is.

“When we cannot use the money from the electricity business to reduce the heating price, the heating price will rise,” Kim Mortensen, the head of Dansk Fjernvarme, which looks after the interests of 370 district heating companies nationwide, warned TV2.