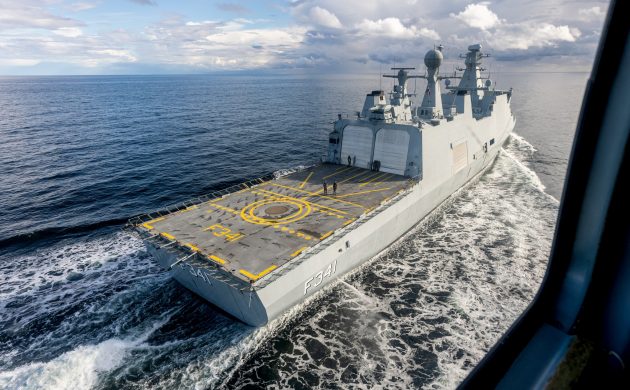 According to the new Zilmer Report, security threats against Denmark looking ahead to 2035 are escalating and serious.

Compiled by Michael Zilmer-Johns, Denmark’s ambassador to the UN, the 84-page report presents a gloomy geopolitical outlook for Denmark and the world in the coming years.

“Personally, I’m sad to have to bring forth such predictions. But the world will be a far more insecure place,” said Zilmer-Johns.

“We’ve come with our analysis on what will happen in the very unpredictable world we live in. And considering that, we have defined some challenges that we think the Defence will face in the future.”

Russia and China
The report contends that, despite massive sanctions and an impacted economy, Russia will be able to threaten European security in the years to come – particularly due to its nuclear weapons capacity.

“The war in Ukraine has shown that Russia’s intentions are brutal and reckless, and a weakened Russia will generally speaking not be less dangerous – on the contrary. Russia still maintains the world’s largest nuclear force, huge land forces and a large arsenal of various missile systems,” the report stated.

Meanwhile, China could also pose a greater threat in the future.

As it becomes more immune to political and economic pressure from the west, China is increasingly unpredictable on the global stage.

And an overhaul of its military, means it is less likely to shy away from confrontations in what it perceives to be its sphere of influence – such as in Taiwan.

“Looking ahead to 2035, the US will still be more powerful militarily than China, from a global perspective. But China will be well on its way catching up and will be at least on par in the Indo-Pacific region. China has already built a large, modern Navy, while the US, Japan and particularly Taiwan maintain older material that they cannot modernise within this timeframe,” the report found.

Terrorism and climate change
Meanwhile, the report maintains that the many flashpoints across the world – such as in north Africa and the Middle East – can foster the growth of terrorism.

The report states that the Islamic State and Al-Qaeda continue to consolidate and expand their powers, and serious terror attacks in Europe are likely looking ahead to 2035.

Cyber attacks and pariah states
The report also proposes that the threat from cyberspace must also not be neglected.

Hostility from enemies will increasingly feature cyber attacks against key areas of infrastructure and misinformation during elections.

The threats from pariah states such as North Korea and Iran are also on the rise.

The two countries act as serious destabilising forces in their respective regions and are expected to continue to impact global security negatively looking ahead to 2035.