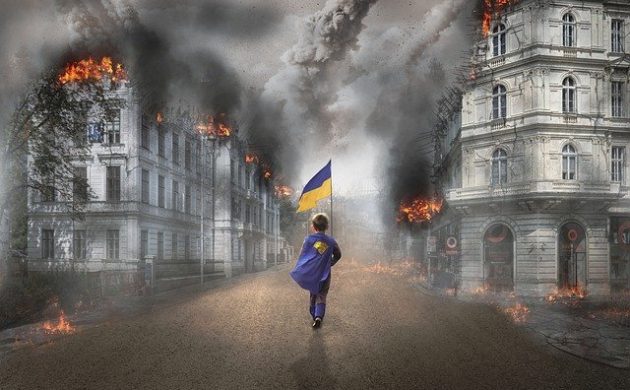 In the aftermath of Russia’s barrage of Ukraine on Monday, the red bloc and the blue bloc have come together in Denmark to endorse another shipment of arms to Ukraine.

The attack saw more than 80 cruise missiles and 24 self-destructing drones wreak havoc on an unprecedented number of civilian targets in cities all over Ukraine, including Kyiv, leaving at least 19 dead and 105 injured.

Lars Christian Lilleholt and Rasmus Jarlov, the respective defence spokespersons for Venstre and Konservative, are both prepared to deplete Danish arms stock to support the Ukrainian cause. This will mean extra expense for the Danish taxpayer to replenish the country’s arms. Both parties believe that the cause of freedom is worth the cost.

“Ukraine’s fight is a fight for the whole of Europe,” said Jarsolv.

“We have these weapons to, among other things, defend ourselves against Russia. If Ukrainians use them to take down Russian tanks, it lessens the threat Russia poses to Denmark.”

Concerns at home
Support for such actions is not uniform inside Denmark, however. Morten Bødskov, the defence minister, is hesitant to send more weapons. He highlights that Denmark has already contributed 7 billion kroner’s worth of weapons and equipment to the Ukrainian effort, including a weapons package of 1.1 billion kroner just over a week ago.

Bødskov is also wary of Denmark’s ability to defend itself against threats closer to home, invoking the rising tensions in the Baltic Sea as one example. Bødskov believes there are better ways for Denmark to support Ukraine.

“We are reaching the point where the Danish weapons we are able to supply are limited,” said Bødskov.

“But we can try to get together with other countries to finance the sending or building of weapons.”

Bødskov met yesterday with both parties in what he insists was just an “orientation meeting” and not a signal that he will be accepting any new aid proposals.