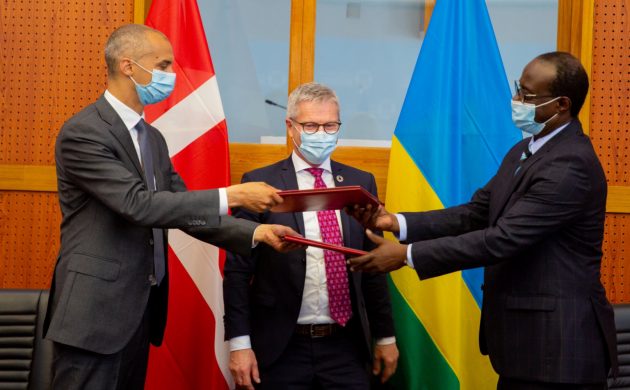 Rwanda is still getting a lot of mentions, but not as much as inflation and the energy problems (photo: Ministry of Foreign Affairs & Int’l Cooperation, Rwanda)
October 27th, 2022 6:22 pm| by Robin Dickheiwer

Over the last few weeks, the policies of Denmark’s political parties have been revamped to fight this year’s general election on November 1.

Heavy focus in 2019
In the build-up to the last election in 2019, Danish political parties used immigration and refugees as a politicised policy area . But now, with inflation issues, the Energy Crisis and a war on European soil, immigration and asylum policies are less politicised and the focus has been a lot smaller.

Besides, many of the parties have similar stances, with some of the left, including the government’s party, tough on immigration.

Still of interest for expats
Nevertheless, one of the most essential things to understand for expats in Denmark is of course how future immigration policies might affect them.

Here is a small overview of what the biggest parties have planned on the immigration front.

Socialdemokratiet: true to its name or populists?
Socialdemokratiet is traditionally a left-leaning party. However, in certain policy fields, it has taken a similar stance to more extreme and populist governments. This is exemplified by its zero refugee policy (until the Russian invasion of Ukraine) and its recent Rwanda deal, a policy that wants to prevent asylum-seekers from entering the country. The idea is to ensure refugees stay closer to the area they are fleeing from. Establishing reception centres where asylum cases can be processed outside of Europe should mean that refugees who have travelled to Denmark will be transported back in the direction they came in.

Venstre: Vested interest in integrated is important
Venstre, a centre-right party, argues that immigrants need to be integrated better: that they should learn Danish and understand and respect Danish culture and traditions. They make it clear that this integration is the personal responsibility of the immigrant. Venstre wants to introduce ‘Arbejdspligt’ (work duty) for unemployed people and to include foreigners who are out of work. Taking pert in Arbejdspligt would be necessary to qualify for Kontanthjælp (cash benefits).

Konservative: Keep out social welfare-seeking foreigners
Konservative also contends that immigrants should talk Danish. It supports the Rwanda policy, wants to lower the social benefits foreigners receive, and want to introduce more requirements for those who wish to receive benefits. Ultimately it wants to make Denmark an unattractive destination for foreigners interested in claiming social benefits.

Radikale: Rwandan idea a big misstep
Radikale Venstre, a centre-left party, tends to be on the left when it comes to welfare and social issues, but on the rights regarding economic matters. Radikale forced the elections by threatening to topple the government by withdrawing its support and tabling a vote of no-confidence. The primary motivation was the Rwanda policy, which Radikale opposes strongly. Radikale also wants to improve the manner of deportations: how they are arranged and conducted.