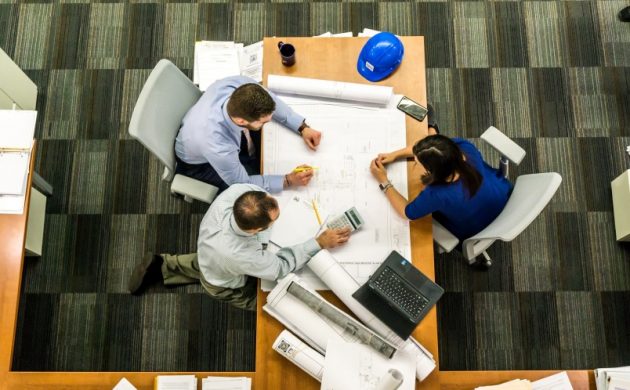 With Danish unemployment at around 3 percent, its lowest rate for almost a decade, businesses are in need of more hands. Nevertheless, immigrants are still finding it difficult to find jobs in Denmark.

Jayne Watt, an immigrant from the UK, had to walk around her neighbourhood in Copenhagen handing out her resume in order to get hired. Without a bachelor’s degree, Watt said her employment options in Denmark are limited.

“Everyone here has the opportunity to get an education,” she said. Because of this, she finds it challenging to compete against her Danish counterparts in the job market. “I have to fight doubly hard if I want to get a job.”

More than a welcome
Watt is not the only foreigner who has struggled to get a job in Denmark or in Europe in general. According to Eurostat, the unemployment rate for immigrants in the European Union is 7.5 percent, while for non-immigrants it is 6.9 percent.

This is why Karey-Anne Duevang, a fellow Brit, founded Welcome Group Consulting, a company that helps foreigners to enter the workforce and become integrated, whilst also assisting Danish companies that want to hire immigrants.

After moving to Denmark, Duevang also found it difficult to get a job. Even though she had held managerial positions in her home country and overseas, her first step up the employment ladder was “a survival job”.

This experience, as well as her job as an operations manager, has helped her to better understand the Danish workforce. Not only did she struggle to enter the market, but she was later tasked with hiring and training workers.

“That enabled me to be on both sides of the fence,” she said.

More effort needed
The irony is that Danish employers are in dire need of workers, but often face hurdles to take on suitable internationals. In October, the Ministry of Employment launched a program intended to “make it easier and less bureaucratic for Danish companies to attract and employ foreign labour”.

Duevang believes the emphasis should not just be placed on bringing in more immigrants, but on hiring those already in the country. And another priority, she adds, should be integrating them.

Steen Nielsen, the deputy head of the Confederation of Danish Industry (DI), has a similar perspective.

“It is absolutely vital that we as a society make a great effort to integrate them into the workforce,” he recently said.

Inequality at a high
Denmark has never had higher inequality, according to a Fagbladet 3F trade analysis of Danmarks Statistik data. Since 1912, the Gini index has been used to measure economic inequality, and it rose from 22.07 in 1987 to 29.32 in 2017. While the poorest 10 percent remain people who have an income of less than 10,600 kroner a month, the wealth of the high-earners has shot up.

Vestas saviour to leave
Vestas chief executive Anders Runevad is stepping down. The 59-year-old Swede is credited with steadying a ship that was in rocky waters when he took over in 2013, the previous two years were generally regarded as a period of crisis. Henrik Andersen, the current CEO of Hempel, will take over on August 1, but Runevad will continue to advise.

Green hue at Danfoss
Danfoss revenues shot up to 11.6 billion kroner for the first quarter of 2019, despite a slowdown in China. Strong sales in North America and western Europe were fuelled by the group’s increasingly green focus and the strong performance of its industrial vehicle and refrigeration units.

Large cuts at Pandora
Pandora is closing down 50 stores (4 percent of its total number) and shedding 1,900 jobs (including 700 production positions in Thailand) following a 12 percent fall in Q1 revenue. Sales at its physical stores decreased by 10 percent, while online trade rose 7 percent. However, its 2019 expectations remain unchanged at a 3-7 percent fall in revenue.

One-week SAS strike ends
The SAS pilots’ strike came to an end on May 2 after they accepted a 3.5 percent rise in their salaries. The seven-day action led to the cancellation of over 4,000 flights, impacting over 400,000 bookings. Exact figures will be confirmed on May 17.

Refugee boost for state
Some 24,000 refugees aged 21-64 who have been in Denmark for at least three years have found employment – up from 11,000 in 2015. Kristian Jensen, the finance minister, has described their employment as a “billion kroner boost to the economy”, as the state earns roughly 300,000 kroner every time one is employed.

Pension reform finalised
With the support of Dansk Folkeparti and Radikale, the government’s pension reform will enable worn-out workers (those judged unable to work more than 15 hours a week) to retire six years earlier than the current retirement age of 67. The reform will also provide more favourable economic terms for those who want to top up their pension with part-time work.

Yielded little so far
The state has only managed to get 10 million kroner back from the 470 lawsuits it has launched to retrieve 12.6 billion from the tax refund swindle carried out between 2012 and 2015. The state faces an estimated 2 billion kroner in legal fees, but expects eventually to retrieve 6 billion.

Russian fuel accusation
Dan-Bunkering has been accused of selling 30,000 tonnes of jet fuel to Russian forces operating in Syria between 2016 and 2017. The Middelfart-based company insists it does not deliver fuel to any entities on the EU sanctions blacklist introduced in 2014, but DR claims it has evidence to the contrary.

Brits love deprecation
Brits have responded well to Carlsberg’s latest advertising campaign in which it has retweeted a number of negative comments made about its beer – comparing it to the “rancid piss of Satan”, “a bitter divorce” and “the bath water your Nan died in” – and then made a video showing its employees reacting to them.

Fur flies at producer
Kopenhagen Fur will this summer lay off a fourth of its workers (between 130 and 150 employees) in response to a fall in demand for its skins, reports Landbrugsavisen. For example, mink production has fallen by 30 percent of late – a blow to Danish interests that hold a 40 percent market share worldwide.

House price increase
House prices have risen 2.1 percent since April 2018 to equal a decade high of 14,057 kroner per square metre, according to Boligsiden, which expects prices to continue rising.

Organics on the rise
Organic food sales rose by 14 percent in Denmark in 2018 to total 12.9 billion kroner, according to Danmarks Statistik. Fruit and vegetables accounted for 38 percent of the increase.