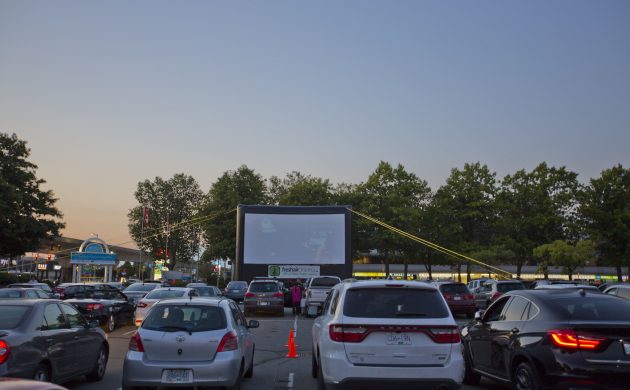 Following the success of the temporary drive-in cinema in Nordhavn, which kicked off on May 2 with the screening of ‘Thelma & Louise’, its organisers Cinemateket and Meyers have confirmed one more week.

The theatre is extending the program with seven more screenings from Saturday, which includes five new movies from May 18-22: ‘Cleo from 5 to 7’, ‘8½’, ‘All That Jazz’, ‘Breaking the Waves’ and ‘The Good, the Bad and the Ugly’.

Movie-goers will be greeted by PM Lars Løkke Rasmussen and the popular journalist Anders Lund Madsen before the screening of ‘Cleo from 5 to 7’ next Monday.

In the meantime, there’s a third chance to see ‘Thelma & Louise’ and ‘Pulp Fiction this coming weekend on Saturday and Sunday.

Abnormal communication failure at airport
An enormous cargo plane approaching Copenhagen Airport made a sudden decision on Monday morning to not land after its pilots realised the runway was undergoing renovation work. The incident involving the plane, which was build by the Ukrainian manufacturer Antonov, occurred at 10:52. Due to the current low levels of traffic, the airport is renovating the only runway capable of receiving large aircraft, and it sent out the necessary missives to confirm the change. After the incident, an official remarked that “the pilots hadn’t read it”. The plane eventually landed in Leipzig at 11:12.

Pavers taking advantage of fall in foot traffic
Pavements in Amagertorv are undergoing repairs while the number of pedestrians in Indre By is low, according to City Holl. Holes in the roads and bicycle paths are being filled. Normally, the repair work can be demanding in high-traffic areas. However the coronavirus outbreak has enabled the repairs to be carried out diligently, so that the asphalt is first removed and then a mixture of granite and concrete is laid underneath.

House sale decline
The number of villas and townhouses for sale has decreased over the past year in 82 municipalities. The decline is greatest in and around Copenhagen and Aarhus, according to the Boligsiden figures. Currently there are approximately 33,700 houses for sale – nine percent less than at the same time last year. The agency attributes this to the current crisis. However there are increases in 13 municipalities – most notably Ærø, Lejre and Furesø.

Copenhagen Museum collecting coronavirus objects
In light of the Coronavirus Crisis, Copenhagen Museum intends to document how the pandemic has affected the country. The museum is therefore collecting relevant objects such as warning signs or photos. The museum encourages the people of Denmark to contribute to the collection. Any photos must be high resolution, so at least 300 DPI in TIFF format, and be used free of charge with the photographer’s name credited.

Copenhagen Zoo receives huge donations following setback
Donations have been flowing into Copenhagen Zoo after the government’s announcement to not allow it to open until June 8. As of May 13, a fundraiser had raised 3,395,000 kroner on Facebook. Despite the donations and state aid packages the zoo is still facing a financial crisis – a total deficit of 50 million kroner in 2020. According to FrederiksbergLIV, the zoo finances more than 90 percent of its operations primarily through the sale of tickets, food and drinks, as well as events and conferences.

Public quick to support The Blue Planet aquarium
The aquarium The Blue Planet has received 1.7 million in three days in donations from about 7,500 people following the confirmation it won’t be able to open until June 8. Food and medicine is needed for the thousands of animals at the aquarium in Kastrup, its head Jon Diderichsen told TV2 amid reports that a lot of children have opened their piggy banks. The aquarium is a private company and only 10 percent of its spendings are covered by the government. According to the aquarium normally 60 percent of the guests are tourists. The collection will continue throughout the year