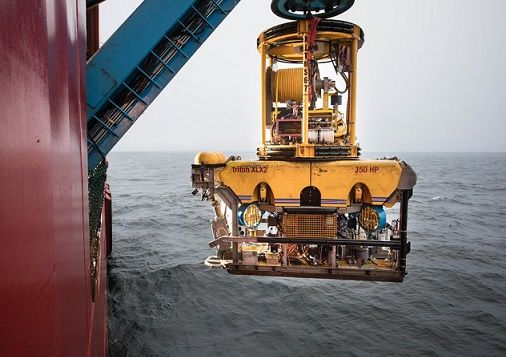 The move is expected to minimise the impact of US sanctions on the project.

The pipeline—a 120-kilometer long stretch—can now be completed using Russian vessels. In December 2019, the project was put on hold due to US sanctions that kept Western companies from supplying vessels to lay pipelines.

Bone of contention
The project has stirred disagreement among the US, Europe and Russia.

Washington has taken steps to block its construction as it fears that the project will increase Europe’s dependence on Russia.

However, German Chancellor Angela Merkel has shown support for the project and questioned the basis of US sanctions.

Denmark to honour Open Skies Treaty
Denmark took part in an important meeting on the Open Skies Treaty on Monday. The foreign minister, Jeppe Kofod, said that the treaty is of great importance to Denmark and the rest of Europe. “Efforts [are] needed to strengthen, not weaken, the European security architecture. DK will do its part,” he said on Twitter. In May, Washington announced that it would pull out from the treaty after US President Donald Trump accused Moscow of violating its terms. The treaty is a 35-nation deal allowing unarmed surveillance flights over its member countries.

UK, Denmark and The Netherlands enter agreements with Somaliland
Denmark, the United Kingdom and the Netherlands signed agreements with the government of Somaliland to develop critical infrastructure. The agreements entail developing road projects, agricultural systems, water facilities and fisheries to increase economic growth. Somaliland broke away from Somalia in 1991 and operates as an independent state but has not won international recognition.

Denmark to invest in Ethiopian wind energy sector
The government is set to invest 7 million kroner on energy cooperation in Ethiopia. The programmme, “Acclerating Wind Power Generation”, which began in 2017 will now continue until the end of 2020. The Ministry of Foreign Affairs said that the project is meant to cement Ethiopia’s position as a key exporter of sustainable energy to neighbouring countries such as Kenya and Sudan. Ethiopia aims to be a carbon neutral middle-income country by 2025.