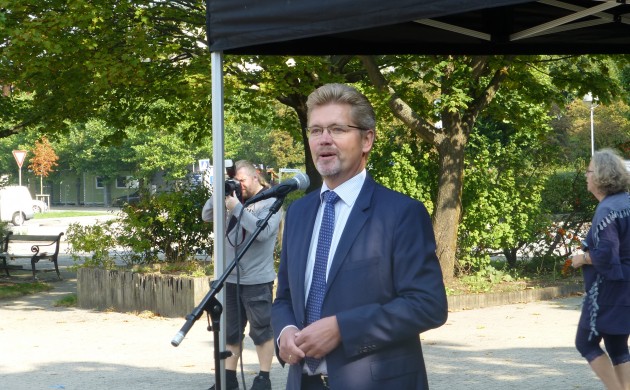 The 2016 Copenhagen Personal Safety Survey has found the vast majority of the city’s residents feel they live in a safe neighbourhood. The survey found that people felt more safe than in the previous year. Just 6 percent of residents reported feeling unsafe in their neighbourhood.

The decline comes despite many residents being affected by the terrorist attack on 14 February 2105 that left two dead, as well as similar incidents in other European cities.

Just over 6 percent of the respondents said they had changed their behaviour due to the attack.

“Personal safety is the foundation of a good and free life,” said Copenhagen  Mayor Frank Jensen.

“That’s why I am pleased to see that Copenhagen residents refuse to live in fear because of the tragic incidents we have witnessed.”

On the other hand, the number of neighbourhoods where more than 10 percent of the residents feltunsafe has fallen, fell from nine in 2006 to just two (Outer Østerbro and Bispebjerg) this year.

“We’re seeing the results of our efforts to change the situation in the neighbourhoods where people felt unsafe,” said Jensen.

“There have been incidents in Outer Nørrebro and the Islands Brygge area, but the police are working closely with our community outreach program to get things under control.”

Jensen said he was pleased with the improvements, but that there was still work to do.

“Everyone in Copenhagen should feel safe, and we’re not going to stop our efforts until they do.”

The full results of this year’s Copenhagen Personal Safety Survey are available online at tryghedsundersogelsen.kk.dk (in Danish only).