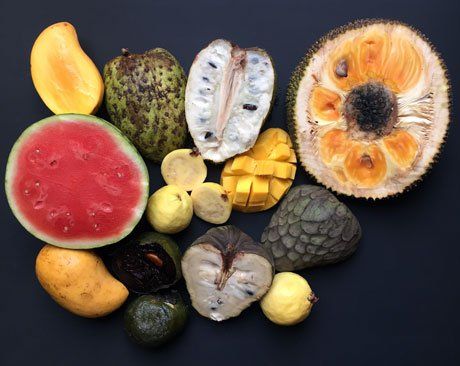 In an effort to spread its Nordic gastronomic experience across Denmark’s borders, Noma has previously opened temporary restaurants in exotic locations such as Australia and Japan.

And now, Denmark’s most recognised restaurant is looking to carry on that tradition in 2017 by opening a new pop-up restaurant in Tulum, Mexico.

From April 12-May 28, Noma will relocate its chefs and waiters to the small coastal town situated on the Caribbean and serve up tasty dishes all cooked over an open fire.

“I consider it to be my adopted home, one filled with almost a decade of cherished memories from vacations with my family,” said René Redzepi, the owner and head chef of Noma.

“It is the place that I dream about. Home to one of the most exciting cuisines I have ever tasted: as old as time and yet so relevant. Full of ingredients I never knew existed. This cooking inspires the team and myself constantly here in Copenhagen. It is safe to say that there is already a touch of influence from Mexico in the food at Noma.”

A Mexican adventure
Redzepi and his former sous-chef at Noma, Rosio Sanchez, travelled all across Mexico looking for inspiration for the menu, which will cost around 600 US dollars (4,000 kroner).

Noma’s efforts outside Denmark’s borders have proven to be successful in the past. Earlier this year, it opened a temporary restaurant in Sydney and sold out every table in just four minutes.

“We searched to find that special chile, to understand the seafood, to taste just a few of the infinite variations of mole, and to find inspiration in the vast and wonderful culture,” said Redzepi.

“We encountered some of the most kind and hospitable people to be found anywhere in the world. These were once-in-a-lifetime experiences, which we will transform into a series of dishes and ultimately our menu at our restaurant in Mexico.”

Reservations for Noma’s new Mexican adventure can be booked via the restaurant’s website from 10:00 on December 6.