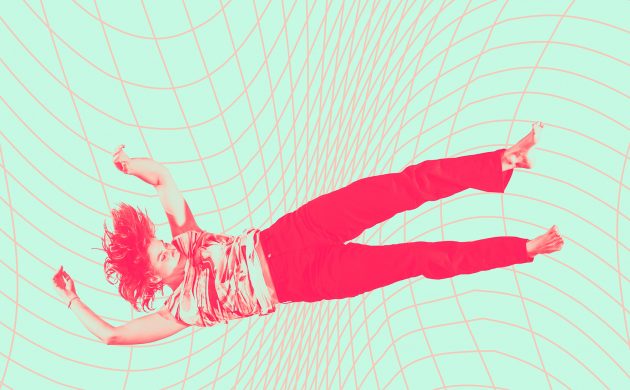 Still going strong since its foundation in 2005 by choreographer Tina Tarpgaard, who remains in charge today, the dance community in Copenhagen looks to Recoil Performance Group to set the standards.

Its choice of work reflects a group unafraid to take on the big subjects, and this time around it is the force that affects us all, and pretty much everything else in the universe: Gravity!

Act of Gravity has been developed in collaboration with Science & Cocktails, a series of talks that have become so popular of late they’ve moved to DR Koncerthuset to satisfy the demand.

From June 9-18, Science & Cocktails has recruited four distinguished academics to deliver their scientific expertise in a series of, well lubricated of course, lectures – a fitting afterthought for a dance performance that strides the line between art and science.

What was must die – Limbo

You’ve probably seen images from Plejer er Død on posters around town, or the videos online, as the first instalment of Uppercut Dance Theater’s trilogy was warmly received by critics and audiences alike.

And you no doubt remember them: striking dancers, bathed in resplendent crimson, taking it in turns to wear a pig’s head. After all, the title ‘Samba’ is taken from the dance in which everyone draws the spotlight.

In part two, ‘Limbo’, it is the turn of the outsider: principally to bridge the gap between the abandonment of the first and fulfillment of the third instalments.

Our inner-pig must break free from the stronghold of uncertainty, overcome the abyss of doubt and embrace the zenith of transition. Six-star reviews from CPH Culture and Sceneblog suggest Plejer is very much alive!

As one of Copenhagen’s most renowned performer-choreographers, Marie Topp knows how to take her audience on a journey: this time through a hallucinogenic sea and mythological landscape, performed to a hierarchy of sound with a feminist perspective

Spring can take forever to come, but how much do they want it? So bad, they’ll undergo sacrificial rituals and dance themselves to death. Choreographers Germaine Acogny and Malou Airaudo take on Pina Bausch’s iconic, sacred work – for one night only. Expect fireworks.

Lauded by both Politiken (“playful and cool”) and Jyllands-Posten (“perfect dance performance”), Uppercut Dance Theater takes inspiration from one of the performing arts’ favourite metaphors for life: the park bench. Where will it take us? Sit down and find out in good time!

Performed to live club music and a backdrop of wacky film projections, this Don Gnu production explores modern man in all his guises: from the Latino lover to the pushover. You’ll want this evening of Jackass-style stunts, slapstick comedy and raw physicality to continue all night long.

Five octopus-like creatures appear in a city square. In collaboration with Dansehallerne and FRBDAGE, Norwegian choreographer Ingri Fiksdal invites us into the future. At stake is how our bodies will evolve. After all, it makes sense for us to have more than two legs.

Ethereal, ground-breaking, borderline annoying, this vocal and dance piece from Institute of Interconnected Realities will certainly take you into a different dimension. As three performers take to the stage, the shadows encroach and our reality is distorted.

It’s crazy to think 90+ percent of us are asleep at the same time. Tapping into the miracle of this giant sleeping collective, the live stream asks us to consider this space of interconnectedness, intuitive time and invisible political presence. Into the night!

Paolo Nani Theatre presents a solo performance featuring a drawing-artist seemingly lost in his thoughts and creation. But even he cannot ignore the noises from the street and next door. Watch as the ‘intruders’ infiltrate his work and leave a lasting impression on us all.

The sun will still be shining when Beyond Darkness welcomes you to their corner of Amager Fælled for an evening among local flora and fauna, where past, future and present merge into a colourful universe. The park will never look the same again!

It figures that there’s water involved, but not really, as this aquaspective depends on you, the audience, taking a leap of faith and plunging into a bleak void where logic and reason elude us. Join two sensory body-pals as they try to make sense of their desolate universe.

Hamletscenen’s involvement confirms this is the Shakespeare version, but not like you’ve ever seen it before. Glad Teater presents a contemporary dance performance about dreams, destinies, stormy weather and finding your way home.

The third part of a performance event created by DANSEatelier to complete the picture: not too dissimilar to the Ghost of Christmas Yet to Be. Choreographic tableaus shift between the undone, done and that which has already passed. Scrooge had better get his dancing shoes.