Journey of Relocation: It’s nearly all about you 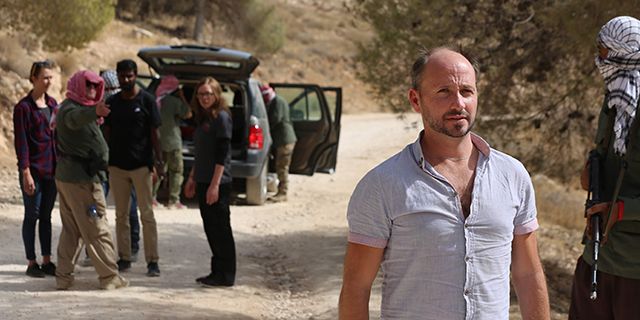 Matthew Gray came to Denmark after many years as an expat living in Africa and Asia. His wife had landed a job with the UN here, and this time it was Matthew’s turn to follow her.

Matthew, who is Canadian and British, and his wife (from Tajikistan) had been traveling with their work for a decade, so a move to a new country was nothing new. For example, Matthew had worked for the UN and international orgs in Afghanistan, Myanmar, Central Asia, Ukraine, South Sudan and elsewhere.

So, when he came to Denmark, Matthew thought that his professional background and nationality would make it easy for him to navigate Danish work culture, and that he could spend most of his energy on a planned change of career.

“My field experience was that the world’s development does not depend on NGOs or aid, but on corporations. Danish companies have a powerful global reputation and great influence, and I knew it was now or never to fully commit to trying to crack into the private sector, which meant also navigating and penetrating the Danish labour market,” he said.

“We moved here from Myanmar, and I thought Denmark would be very similar to my native Canada. I could not have been more wrong, and the culture shock was thick. Far thicker than moving anywhere else.”

A new world opens up
Matthew was able to ease into life in Denmark – he was on parental leave when he got here, and then he was enrolled part-time at Oxford University – but eventually the time came to start working. Matthew’s goal when he set out was clear: leave the aid sector and find a job in the private sector. His first step, however, was to start with what he knew.

“I started in my comfort zone and found work with two Danish NGOs. From there I had a good foundation to get to know Danish work culture to position for a corporate shift. I was promoted to an executive role which gave me more C-level exposure (boards, strategic planning, Danish stakeholder navigation), though ultimately it only convinced me that global change was with the corporates,” he said.

“In Denmark, I realised that half the battle was skill-transitioning and half was culture navigation. I’d never seen any work culture like this, so I had to dive in, because it had an impact on my success in the job market.”

Without a network in Denmark, Matthew had to take whatever opportunity that presented itself to get to understand the work culture here, because it was just as much an obstacle as reframing your CV and skilling up. So, he rolled up his sleeves and made it a point to speak with anyone. And it worked.

“I talked to everyone I met. I’m a hockey coach and player, so I spoke with Danish parents and teammates. And parents at my kids’ school. Social events are good places to learn more about working life in Denmark. I asked all my local and expat friends who work for Danish companies if they could give me their advice. I would even ask shop owners with entrepreneurial minds,” he said.

It’s (not just) all about you
After hundreds of cups of coffee, a ton of research and a handful of applications, Matthew began getting called in to interviews. It didn’t take him long to realise that he was being judged on more than his professional competencies.

“Your personality is important. In other countries, people wave their references around, or try to impress you with their job titles or where they went to school. That isn’t so valued in Denmark. Industries know each other, and you will be checked up on. People will know if you’ve burned any bridges,” he said.

“The Danish labour market is very pragmatic. You’re assessed on more than just your competencies. As a foreigner, you may have to hide some of your personality away, since being different from others might be seen as a possible mismatch. So, hold back a little at the beginning. People will be more willing to accept you if they know you can adapt to the culture.”

In other words: when in Rome, do as the Romans.

“Employers really care about your intent to stay in Denmark. You could talk about how your kids are in school, you are studying Danish, your spouse loves it here etc. Particularly, show you’re learning Danish. You will need it for some jobs, you will not for others. But for all, you need to show you’re trying. That’s vital here,” he advised.

After a period of hard work and a lot of talks with Danes, Matthew found the job that would allow him to say goodbye to his career in humanitarian and international development and to open a new chapter in the private sector.

Today, Matthew works for Morningstar’s Sustainalytics in an associate director position that allows him to draw on his previous experiences while continuing to be motivated by his ambition to make a difference for others.

But, getting to where he is now required a crash course in some of the more peculiar aspects of the labour market here.

Culture shock on the job
Matthew’s encounter with Danish work culture has been a bit of an eye-opener and a source of frustration.

“Danish workplaces are an informal world where everyone is equal. There are minimal hierarchies or formal frameworks. But that also means that everyone’s opinions have equal weight. If a company doesn’t think you fit in with the other employees, then you’re the problem. Companies here protect their corporate culture, and it’s not your place to come in and revolutionise the workplace with new ideas,” he said.

That said, Matthew has found that it’s important to give a little of yourself when you’re at work. In his experience, people find it odd if you are too reserved – especially as a foreigner.

“I found Danish work culture odd initially. I’m used to showing up at work and putting my skills to use, and I don’t have time to use my social energy at work. I save it until after work where my other life is,” he said.

“Your professional and your private lives aren’t so separated in Denmark. For some people, it’s even a social cornerstone. Breakfast is served several times a week. Everyone leaps when cake is in the office. And not going to fredagsbar is almost enough to put you in a bad standing. From my experience, Danes have structured social lives, and work – somehow – is a part of that structure. Again, personality is important, but you can’t be yourself. I learned you should be only 80 percent of yourself, but always be 100 percent socially and professionally present.”

Matthew Gray is an associate director for ESG in Eurasia’s Emerging Markets at Morningstar Sustainalytics. This article is republished here with the kind permission of Matthew’s union Djøf, the Danish Association for Social Science, Law and Economics. Check out the original article here.