Probably best to cut down their weekly quota to two, concludes DTU Fødevareinstituttet 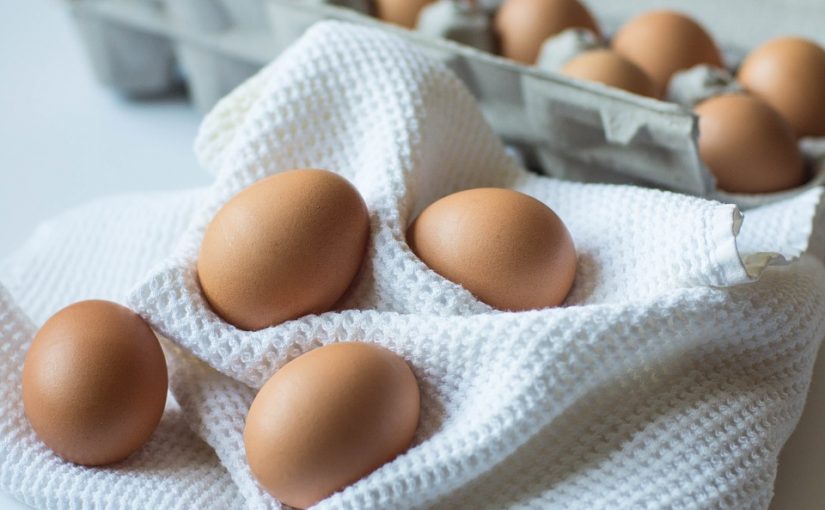 Not eggactly what they seem. Their appearance suggests they’re wholesome, but they probably contain PFAS (photo: Pixabay)

You couldn’t really make it up: for a long time now, the perceived wisdom is that eating cage eggs is a bad choice for society, to the extent that today they are frowned upon, some supermarkets have stopped selling them altogether, and the Ministry of Food, Agriculture and Fisheries wants to completely phase them out by 2035.

But a study carried out by DTU Fødevareinstituttet and Fødevarestyrelsen, of which the findings were reported yesterday by DR, claims the harmful carcinogenic PFAS substances, found recently in Danish groundwater and rainwater, have also been discovered in organic egg yolks.

While PFAS has also been detected in cage and free-range eggs, the presence is minimal compared to the amounts found in the organic eggs.

Probably derived from fishmeal in the feed
“There are very few PFAS substances in the conventional eggs,” revealed Kit Granby, an associate professor at DTU Fødevareinstituttet and lead author of the study, which surveyed eggs at over 20 organic egg suppliers along with a number of other producers.

“The substances have been found in eggs from producers throughout the country. The conclusion is that it comes from the chickens’ feed.”

The study concludes that the PFAS are present in fishmeal, which would tie in with the frequent discoveries of the substance in groundwater and rainwater.

Children vulnerable if they eat plenty of organic eggs
DTU Fødevareinstituttet warns that the most vulnerable segment of the population, as a result of the study’s conclusions, are children aged four to nine who eat more than 2.5 organic eggs per week. Fødevarestyrelsen concurs, suggesting the population in general should limit themselves to just two eggs a week for the foreseeable future.

“PFAS are not substances that make you acutely ill, but if you consume excessive amounts over several years, they can damage the immune system – for example by reducing the effect of childhood vaccinations, increasing cholesterol levels in the blood and reducing birth weight,” added Granby.

“Our studies clearly indicate that the unwanted substance has been transferred to the eggs via fishmeal in the chicken feed. Therefore, a replacement with a non-contaminated feed ingredient within a few weeks could significantly reduce the content of PFAS in the eggs.”

“It is scary. This story is one of a long series of stories that will run for some time yet,” said SF’s environmental affairs spokesperson, Carl Valentin.

“It is a huge problem, and it is everywhere in many of the everyday products we have. Therefore drastic action must be taken, first and foremost with a national ban on the use of these PFAS substances, along with a major action plan.”

Konservative MP Mette Abildgaard agreed that action is necessary as quick as possible. “I hope the minister doesn’t spend a long time acquiring a lot of new knowledge, because we already have a lot of knowledge, and I think we just have to get started,” she said.