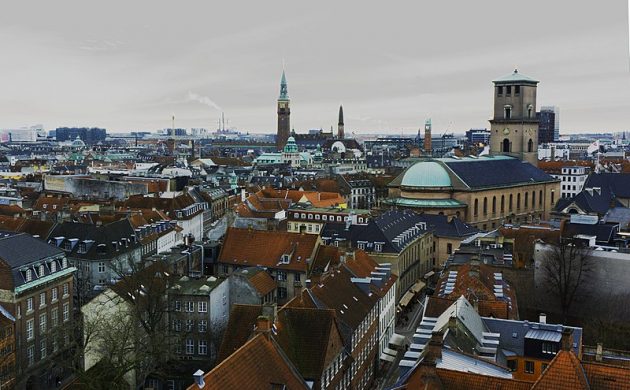 Copenhagen will be without a mayor in its offices – at least until Lars Weiss is cleared to head back to work (photo: Thomas Ekman Jørgensen)
November 26th, 2020 3:32 pm| by Helen Jones

Copenhagen’s current lord mayor Lars Weiss went into self-isolation this morning after being informed that someone he attended a meeting with had tested positive for COVID-19. For now, he remains in his home on Amager awaiting test results.

The minister first took up the role of Lord Mayor just last month, after the previous Mayor Frank Jensen was forced to step down following a Me-Too scandal.

All mayoral meetings and appointments that cannot be held digitally have been cancelled, with attendants hoping Lars Weiss will be able to return to work as soon as possible – and in good health.

READ ALSO: Sophie Hæstorp Andersen tipped to be the next mayor of Copenhagen

Christiania to host Christmas market
Christiania will be putting on its annual Christmas market in The Grey Hall this year, despite previously announcing that it would be cancelled. The organisers have found a way to hold the market in line with coronavirus guidance – with market stools spaced further apart, creating more space for visitors. The market will run from December 1-22, inviting guests to come and see Christiania lit up “like never before”.

Car to set sail in Copenhagen Harbour
It’s not a bird – or a plane – it’s a swimming car. The environmental group GoMore have put together a new campaign to raise awareness of the CO2 impact of our transport habits. With the slogan “Share or Sink”, the group will be sailing an electric car around Copenhagen harbour for the next two weeks, offering free lifts for anyone daring to climb aboard – and who must, of course, be willing to share the ride for the sake of sustainable transport.

Copenhagen court sentences coronavirus conman
A 57-year-old man has been sentenced to three and a half years in jail, along with a fine of 2.85 million kroner, for attempted fraud in relation to the state authority’s coronavirus aid packages. It is possibly the strongest punishment to date since the cabinet increased penalty limits for crimes surrounding the coronavirus crisis back in spring. According to the court, the man attempted to claim 1.6 million kroner in aid from three different coronavirus services via fraudulent contracts.

Cleaning your rubbish before recycling?
A study undertaken by the Copenhagen Municipality has found that 58% of Copenhageners believe only packaging that has been washed until almost clean can be sorted as plastic. But the reality is that packaging can be a lot dirtier than people think, and still be recycled. “Plastic, metal and glass that has contained food just needs to be emptied. You don’t need to wash it, or even peel the labels off,” said Merete Kristoffersen, head of resource and waste planning.  Copenhagen Municipality will now be launching a new campaign to inform residents of the rules around sorting their waste.