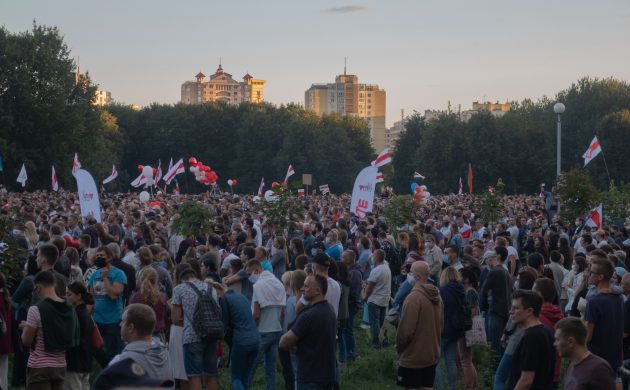 Without the law the government would be powerless to disperse crowds (photo: Homoatrox)
February 23rd, 2021 12:24 pm| by Ben Hamilton

Radikale, SF and Enhedslisten have reached an agreement with the government that will result in a slightly amended Epidemic Law being submitted for parliamentary approval tomorrow, reports Politiken.

Accordingly, they are withdrawing their support for a more heavily amended version in the autumn – action that had wide backing from across the political spectrum.

Gives the government extraordinary powers
The Epidemic Law, which was introduced in March 2020, needs to be extended this week as it expires on March 1.

Without it the government would not have the legal right to impose assembly bans, visitation restrictions and school closures – among other actions.

But given the necessity, they were expected to approve it tomorrow, with or without amendments, with only Nye Borgerlige and Dansk Folkeparti thought likely to vote against it.

Murderer had doctor on his hitlist following forced sedation at hospital
A 56-year-old man has been found guilty of murdering Doctor Charlotte Asperud in her own home in April 2019. He bludgeoned her to death with a crowbar, striking the doctor at least 20 times after unlawfully entering her home in Tisvildeleje. Helsingør Court rejected his plea of manslaughter, and sentencing is due later today. Prosecutors are seeking an indefinite prison term. The doctor was among a group of medical personnel who sedated the defendant after he was admitted to hospital in 2014 following a traffic accident and became violent. It is believed the defendant had a list of the personnel he blamed for his sedation. Also on the list was the name of his former wife’s friend, whose holiday home he was accused of twice setting fire to, but acquitted on each occasion due to insufficient evidence.

Smittestop slowed down by private sub-contractors
Viggo Andreasen, a mathematical epidemiologist at Roskilde University, has said the Smittestop infection control app is losing precious time due to an issue with the way the 15-minute coronavirus tests are reported by some of the private sub-contractors. While patients are informed quickly, many of the results are only uploaded onto the official database once every 24 hours, thus causing long delays. “It’s all about speed,” Andreasen told DR. “If the positive result is not in the database, you cannot report being sick, so the people you have been close to won’t be notified through the app. In order for the infection detection to work, the infected person must be notified no more than two to three days after being infected.” Falck and virustest.nu are among the companies that report just once a day.

Blame it on the British variant, says SSI
Tyra Grove Krause, the head of department at Statens Serum Institut, has clarified to media that the contagious nature of the B117 variant of the coronavirus is pretty must solely to blame for the government’s reluctance to allow pupils to return to the public schools (ages 10+) and other educational institutions. The British strain “will mean that we will see even greater increases in the infection when we start to ease, because it is more contagious than the other variants that we have been used to”, she explained to TV2 television this morning.

Pigs destroyed following road accident this morning
South and Southern Jutland Police has reported a traffic accident in which a trailer containing 575 pigs overturned this morning on a road near Rødekro . Some of the pigs were killed in the accident, and many more have been put down due to their injuries. Earlier reports suggested there were only 420 pigs onboard.