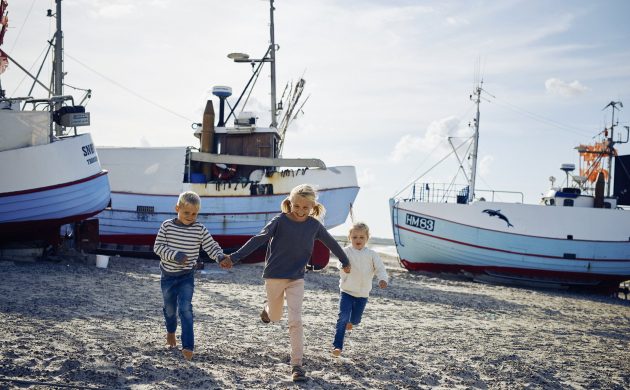 When you consider Danish life in general – from the hygge and the Jantelovn, to the short prison sentences for murderers and the liberal attitudes to sex and nudity – you start to realise that most of this stems from what is a rather unique childhood (see pages 4-5 in our Family supplement).

In regards to bringing up their kids, the Danes are steadfastly against going with the flow, as if they’re saying: “You’re disgusted by a TV show that shows weird-looking naked adults (in one case with a world-record breaking penis) to pre-teens … fine, you deal with the fallout when an entire generation thinks perfect is the norm” and “Children need to see what the inside of a giraffe looks like.”

As long-stay expats in Denmark, foreign parents face a challenge ensuring their offspring retain their nationality. And sometimes the easiest option is to just give in and let your children absorb their surroundings.

Orientated to kids
Easter is a good time to initiate them. As well as borrowing some of the activities seen in most countries the world over, such as egg hunts involving enough chocolate for Augustus Gloop to drown in, there are plenty of other traditions unique to Denmark.

The pick, of course, is the ‘gækkebrev’, a Valentine’s Day-like ‘who am I’ greeting with a twist, which ably introduces children in Denmark to the art of espionage and subterfuge.

Let’s face it: we don’t really know our kids until they’ve been put in a position in which they really want something. Dangle the Easter carrot of untold chocolate in their face, and they will employ hitherto unknown quantities of deviousness to ensure their supply won’t run dry until June.

It starts with the need to identify the weakest adult they know, which isn’t too dissimilar to the way young lions pick off the antelope with a slight limp. Many ruthlessly opt for Grandma, but as they get older, they realise their friends’ parents are a little more unsuspecting … and embarrassed into silence in case they’re wrong.

Bank holiday season
The family fun doesn’t stop there of course, as the Easter holiday provides us with five whole days to enjoy.

Not only that, but it’s the signal that the bank holiday season is going to start. Great Prayer Day will follow over the weekend of April 30-May 2, followed by Ascension (May 13-16), for which everyone takes off a sneaky Friday, and then finally Pentecost (May 22-24).

The total sum, which is six bank holidays – and two more (three with Ascension Friday) if May Day and Constitution Day don’t fall at the weekend (aaaargh … they do this year!) – means that most of us (not ski bums) can save our five-week holiday allocation until July and beyond.

That’s more time to share with the family and for letting the unique times roll.