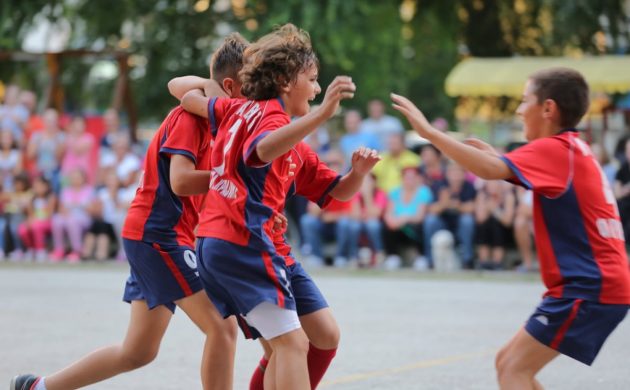 Mozart was composing music from the age of five, Stevie Wonder a household name at the age of 12 despite being blind, while Doogie Howzer graduated from university aged 10 and was practicing medicine at the age of 14.

Granted, the last one on the list was fictional, but his story wasn’t really that preposterous: child geniuses have been defying the odds to enter the adult world for centuries – once they got over that hurdle of being accused of witchcraft or worshipped as a deity in solitary confinement.

Take 2014 Nobel Peace Prize winner Malala Yousafzai and what she’s achieved. At the age of 15, the young journalist became one of the world’s best known women when she defied the Taliban and nearly lost her life – and the most influential.

While the world of sport regularly produces youngsters at the pinnacle of their careers: from Nadia Comaneci to Boris Becker.

It all goes to show the potential of teenagers, which must explain why the Russian state-owned multinational energy company Gazprom is seeking out the journalists of the future through its Euro 2020 education program ‘Football for Friendship’ (FFF).

Match reports
The Gazprom initiative Football for Friendship: Euro 2020 News Bureau is seeking out 12 young writers from each of the 11 cities co-hosting the European Championship.

The ‘young ambassadors’, who are selected on a competitive basis, will contribute pre and post match reports at one of the four Euro 2020 games at Parken, where they will be accompanied by one of their parents or a responsible adult.

They will also produce video and photos, which will be published by an information centre providing news to millions of children and teenagers across the world. Additionally, they will receive a F4F journalist certificate.

The best eleven
The best ‘journalist’ from each city will be shortlisted for a top eleven by an international jury, from which one lucky winner will be selected to attend a prestigious internship.

The overall winner will be decided via an online vote on UEFA’s platforms, and then the winner will be announced at the Author of Best Goal award ceremony, which will be held and broadcast online.

Program details
As part of the FFF program, the Euro 2020 match attendees will sit an online program via Zoom (ends July 5) where they will be schooled on the nine core FFF values: friendship, equality, justice, health, peace, loyalty, victory, tradition and honour.

Mobile journalism will be another key focus – which will come in handy when the youngsters film part of their experience at the stadium.

Each match day will be attended by a ‘country supervisor’, who will support the young journalists at work and act as the contact person throughout the experience.

“The aim of the competition is to find talented young journalists, support their interest in sports journalism, and develop their journalistic skills,” explained the FFF Organising Committee.

In total, FFF has broken three Guinness World Records: for the most multinational football training session in history (2019), for the most users on a football/soccer video hangout (2020) and for the most users to visit a virtual stadium (during the FFF eWorld Championship in 2021).

They need to have an interest in and knowledge of football

As well as possessing advanced English-writing skills, they need to be adept at taking photos and video using a mobile phone, and using social media

The online course consists of six classes, of which each are 45 minutes long, along with some self-study