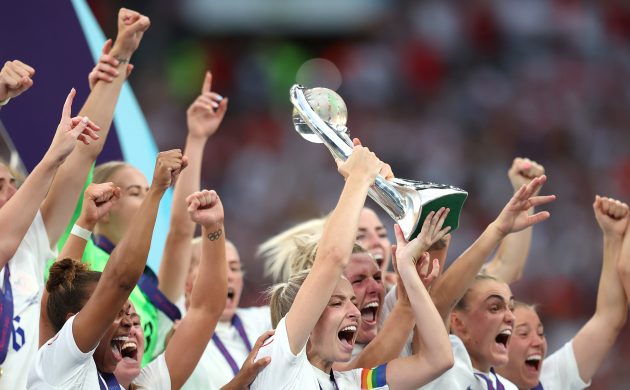 Danish fans watched England win a tense extra time game against Germany yesterday and, given their history with their southern neighbours, it’s a fair bet they were rooting for the Lionesses. However, there’s a sting in the tale.

The postponement of Euro 2021 to July 2022 has presented UEFA with a smaller window than normal looking ahead to the next edition in 2025, for which it will confirm the hosts in December.

And it is believed the huge success of the tournament in England could have a negative effect on the Nordic bid to host the championship.

The women’s game, with the 2023 World Cup following fast next year, is in the ascendancy and UEFA will want as much exposure as possible for the tournament.

Nordic bid will struggle to match record attendances
Denmark has submitted a joint bid with Norway, Sweden and Finland, which has additional support from the Faroe Islands and Iceland. But concerns are now being raised over the size of the stadia in light of the numbers who attended in England.

The Nordic bid – as it currently stands with stadia in Odense, Copenhagen, Gothenburg, Stockholm, Helsinki, Tampere, Oslo and Trondheim – would come up a long way short.

Main rival France has never hosted before
Besides, the Nordic bid faces stiff competition from France, a country with proven experience in hosting big football tournaments, from the men’s 1998 World Cup and Euro 2016 to the last edition of the women’s World Cup in 2019.

Poland has also submitted a bid, as has Switzerland and Liechtenstein.

“The bar has been set very high, and this final round will be difficult for the next EC host to surpass,” UEFA president Aleksander Ceferin told media ahead of the final.