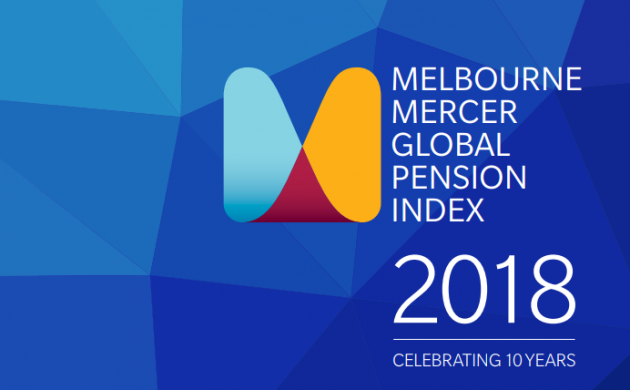 When it comes to enjoying the golden years of retirement, few citizens of the world have it better than the Danes.

According to the new Melbourne Mercer Global Pension Index 2018 (here in English), Denmark is second in the world when it comes to pension systems and received an A Grade for a score of 80.2 (out of 100).

The only other country to obtain an A Grade was the Netherlands, which just pipped Denmark for first, with a score of 80.3. Last year, Denmark was top of the index, followed closely by the Dutch.

“This study confirms that the Netherlands and Denmark have the best systems, with both receiving an A-grade in 2018. It is also interesting to note that no system received a B+ grade in 2018, thereby highlighting the gap between the two best systems and the rest of the world,” the index report stated.

Room for improvement
The index report found that Denmark’s performance could be improved by raising the level of household saving and reducing household debt,  introducing arrangements to protect the interests of both parties in a divorce, and increasing the labour force participation rate at older ages as life expectancies rise.

Other notables included the US and Brazil getting C Grades, while Japan, South Korea, China, Mexico and India were handed D Grades. 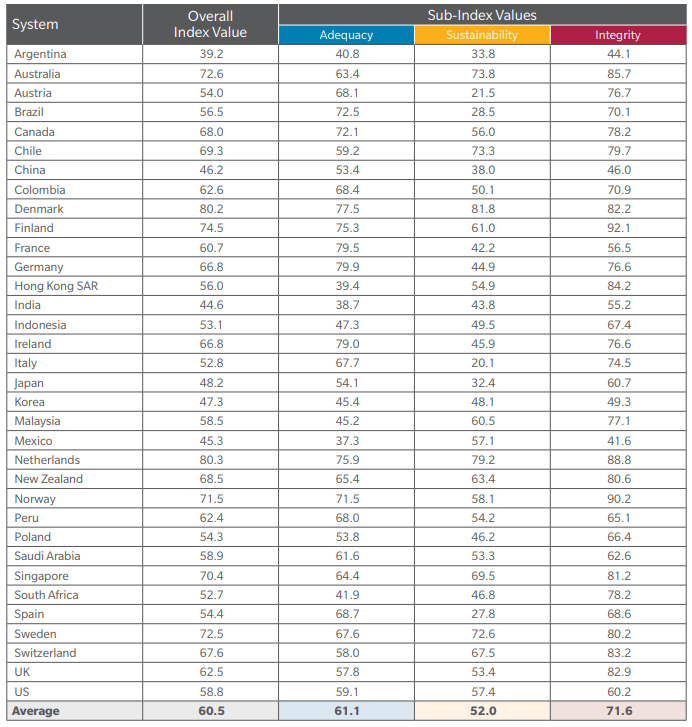