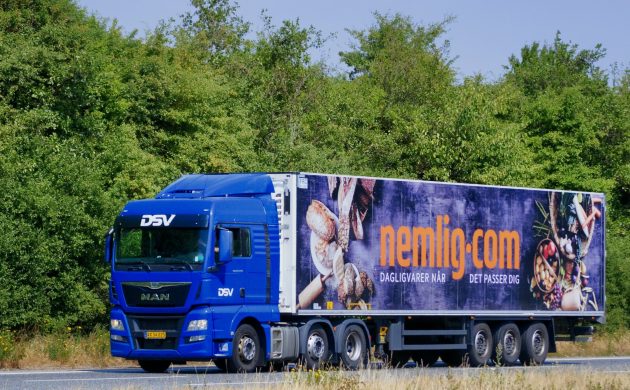 The online supermarket Nemlig.com has announced it will introduce night deliveries between the hours of 02:00 and 06:00, thus expanding its delivery hours to 20 a day, seven days a week.

Customers will not need to be at the door to receive their groceries, as they will be left in specially designed boxes that will keep them fresh until morning.

Not a result of the coronavirus!
Nemlig.com said the concept has nothing to do with the Coronavirus Crisis, as it has been working on it for the last eight months.

It was due to launch in mid-March before being postponed due to the explosion in demand for online grocery deliveries.

Woe for Carlsberg
Sales for Carlsberg fell by almost a billion kroner in the first quarter as the Coronavirus Crisis swept the globe and ravaged markets. Cees ‘t Hart, the company CEO,  anticipates an even greater decline in the second quarter, despite the gradual lifting of Coronavirus Crisis restrictions around the world. China is Carlsberg’s largest market and its losses in Asia have been the most severe, though sales have been hurting in most of Europe as well. On the other hand, sales have seen a boost in the Eastern Europe region, especially in countries like Sweden and Belarus, where the coronavirus restrictions have been pretty lax.

DSV set to lay off 3,000 employees
Danish-Swiss transport group DSV Panalpina has announced a cost-cutting plan that will include 3,000 of its employees being laid off. Danish employees will only make up 2 percent of the cuts, corresponding to around 60 employees. The measures in the plan will add up to an estimated 1.4 billion kroner in savings for the company. The plan was introduced as a means of weathering the effects of the Coronavirus Crisis, has already reduced the company’s operating profit by 250 million kroner. At the end of March, DSV Panalpina had 58,788 full-time employees.

ATP reports quarterly loss of 29 billion kroner on investments
The ATP Group, Denmark’s largest pension and processing company of which more than 5 million Danes are members, has had a loss of 29 billion kroner on its investments in the first quarter as the Coronavirus Crisis continues to wreak havoc on financial markets. The loss is a profound turnaround from a year ago when ATP reported 20 billion kroner in positive returns from investment in the first quarter of 2019. Bo Foged, the CEO of ATP, insists ATP will remain disciplined in its approach to risk management on its investments, adding that it has achieved a positive return of 165 billion kroner since 2010 overall.

Danske Bank reports quarterly loss of 1.3 billion kroner
Denmark’s largest bank, Danske Bank, has reported a loss of 1.3 billion kroner for the first quarter of 2020. Its accounts show both lower revenue and more expenses than in the same period last year – mostly thanks to the Coronavirus Crisis. Chris Vogelzang, the bank’s CEO, primarily chalks up the losses to a weakened economy, a fall in oil prices and a decline in lending to certain industries. Before the crisis hit, Danske Bank had set expectations for 2020 at a profit between 8-10 billion kroner, but has since withdrawn those projections.