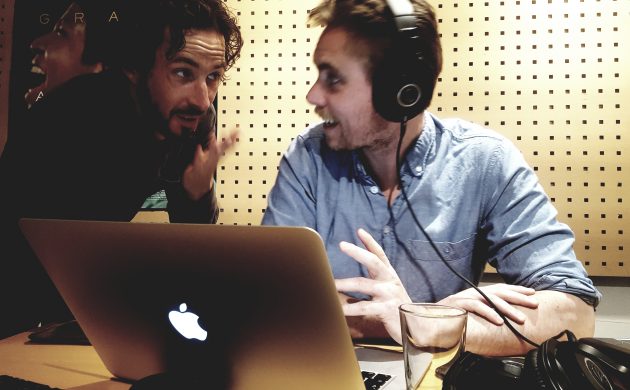 Sometimes inventors are just too ahead of their time.

Take Faust Vrancic, for example. In the early 17th century he invented the parachute – almost 400 years ahead of the Wright Brothers making their maiden flight in Kitty Hawk, North Carolina. He had to make do with testing it by jumping off St Mark’s Campanile in Venice. Or maybe that’s a rumour – he was 64 at the time!

If you think that’s bad, not only did Leonardo da Vinci pretty much invent the helicopter a century earlier, but also the armoured car. Yes, not the car, but an armoured one!

Well, to trump them all, a Greek mathematician who was modestly called Hero of Alexandria invented the coin-operated vending machine in … the first century AD.

Now you really are taking the piss. 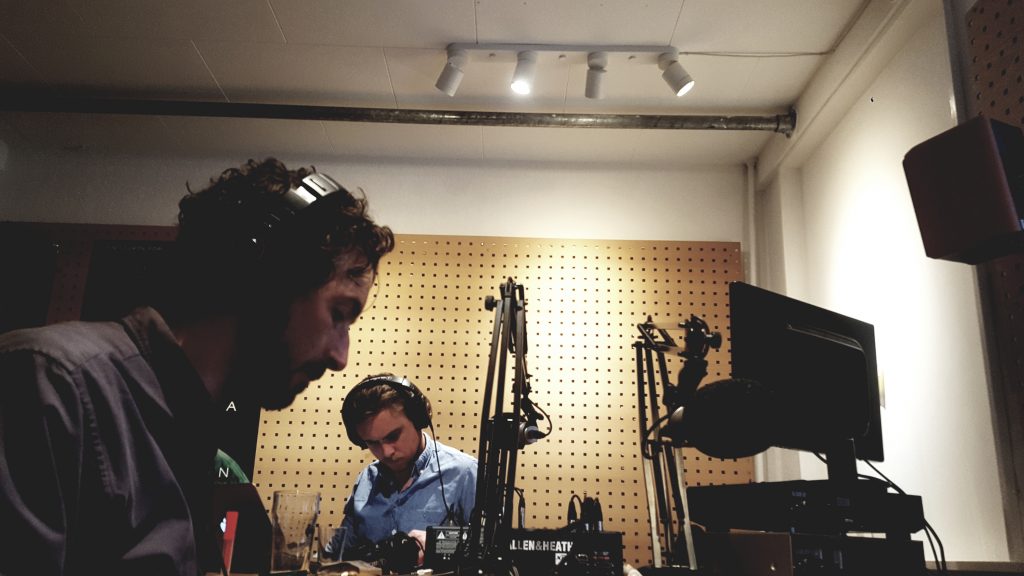 Podcast pioneers
And you can add the Copenhagen Post to that list of pioneering ‘we’re too ahead of our time for our own good’ brigade.

We kid you not that we actually launched a podcast in the summer of 2009. Or was it 2008? Put it this way, it was a long time ago, even though a day doesn’t pass by when it isn’t brand new in a galaxy far, far away.

We like to think it was so brilliant it stopped a full-scale alien invasion – tentacles on tenterhooks over what we would broadcast next (more snooze news tended to be the answer) – but most people, including out client Copenhagen Municipality, concluded it was the audio equivalent of watching paint dry.

After six months the municipality cancelled the contract, instead investing in ‘House for Internationals’, or something like that. Like that was ever going to be a success!

Merely coping no longer
Anyhow, fast-forward a decade and podcasts are all the rage. Who knew? And we’re delighted to announce that the fine fellows behind the Coping in Copenhagen podcast are allowing us to host their weekly efforts, starting from today.

Simply click on the link at the end of this story, or access the episode via our homepage. Every week it will be updated in time for your listening pleasure over the weekend.

Where we got it so badly wrong – twice-a-day news podcasts that had a no humour policy – Coping in Copenhagen has got it so right since its launch in September 2018, since when it has been available via Spotify and Itunes, as well as via Frederiksberg Lokal TV.

While its content is extremely relevant to the lives of expats and immigrants living here, and does its best to address serious points that arise in Danish society, the tone is distinctly irreverent.

Its lively, conversational and humorous approach to news (straight from CPH POST of course), interviews, event information, historical context and other fun segments – among the regular guests is English comedian Adrian Mackinder – is a perfect fit for internationals still trying to decipher the Danish code. 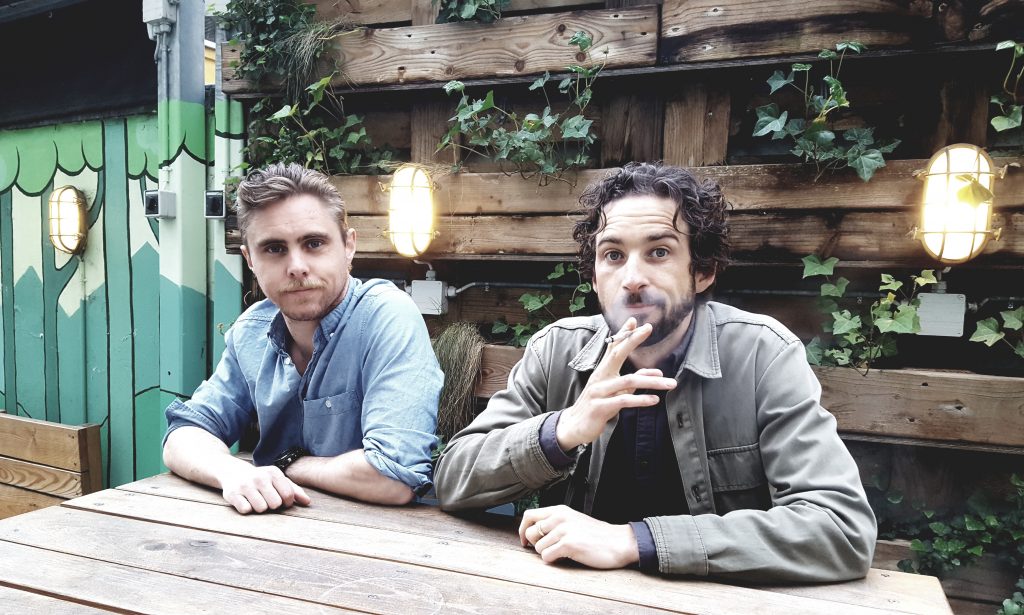 A strong team
“We tried our best with a similar venture in early 2017 but it only lasted 12 weeks, so I’m extremely happy to confirm that Coping in Copenhagen will be available on our website,” revealed CPH POST editor Ben Hamilton.

“With their experience and proven track record in drawing in listeners, we hope Copenhagen Municipality will wake up to the need to cater to the nearly 200,000 foreigners who live within its borders – and properly fund it! Because we can’t afford to!”

Both of the regular hosts, Marius Lathey from Denmark and Eoin O’Sullivan from Ireland, are regular improv performers. Many of you will remember Lathey as the lead in the Leftfield Theate production of ‘The Pillowman’ in the spring of 2017, while O’Sullivan can be seen performing with his two-man improv show Sir.Réal.

“We are very excited to be collaborating with CPH POST,” enthused Lathey.

“We see it as a great opportunity to dive deeper into the stories and experiences within the expat community and pull back the curtain on how to stay coping in Copenhagen.”

“Over the last two years we’ve had some amazing guest like Jay from Science & Cocktails, Copenhell’s founder Jesper, The lovely ladies from Kabaret Copenhagen, Garba Diallo, the head of Crossing Borders and many more. Still we feel that we have only just scratched the surface,” he said.

“During the lockdown we’ve been developing new segments and we can’t wait to introduce the show to a broader audience.”

Perfect platform
Hamilton is adamant that the authorities need to realise the potential of the podcast, along with other English-language media, such as CPH POST.

“Today, internationals comprise 24 percent of the city’s population. Dansk Industri estimates there are 145,000 highly skilled foreign workers in Denmark, and the majority of these will only be here between one and five years and probably not master Danish.

“They are vital to the local and national economy, primarily due to their work for major companies, and it is our belief that services in English indicate that Denmark appreciates their contribution. These people are understandably our target readers and target listeners. So in theory, we are the perfect candidates to host this podcast.”

After all, how good a job is the municipality doing at keeping their foreign residents informed, asks Hamilton.

“We at CPH POST are dedicated to providing our customers with information about Danish society that will improve their quality of life and understanding of the country, as well as details of events coming up they might like to attend,” added Hamilton.

“We believe this podcast is the perfect platform for letting internationals know about events organised by the municipality, as well as other logistical information that they might otherwise overlook.”

Check out the podcast here. 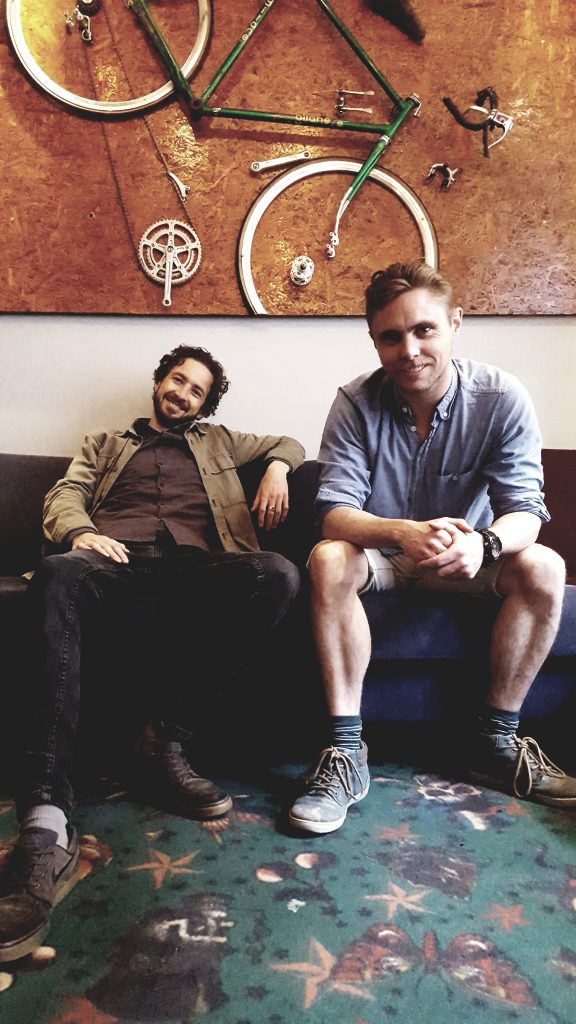