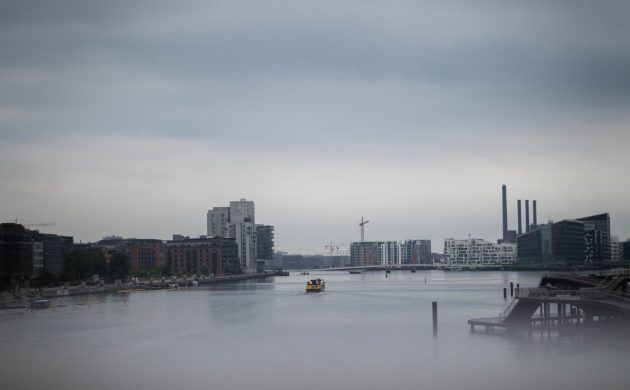 Now that the recent heatwave is over, we can expect typical Danish weather to take over, with the sun blazing down one second, only for it to rain just minutes later.

The Danish Meteorological Institute said blames a cold front for the end of the sunny weather: a low pressure area moving over from Scotland.

Preventing fire
Temperatures will particularly dive on Tuesday to between 15 and 19 degrees. The weather stabilise on Wednesday and remain fairly dry on Thursday and Friday at between 17 and 20 degrees.

While this may be unwelcome news for beach-goers, the rain brings respite to parched fields and gardens.

Rain on Tuesday will also lower the risk of fire, which has been high in areas including west Zealand, Bornholm and northeast Funen.

Tighter requirements needed to treat wastewater
Untreated wastewater can cause algae to bloom and the disappearance of fish, which is why stricter rules should be imposed on treatment plants. The environment minister, Lea Wermelin, said that the government is preparing tougher requirements for treatment plants to purify wastewater of phosphorus and nitrogen. Figures from the Environmental Protection Agency reveal that 74 percent of the 746 wastewater treatment plants in Denmark do not treat water for phosphorus and nitrogen, according to DR. The problem lies with small, outdated plants not built for the task. Replacing them is crucial to stopping the chain reaction that kills fish and other marine animals.

Tax office bombing trial opens against two Swedes
A trial has started at Copenhagen City Court today where two young Swedish men are accused of carrying out the bombing of the Danish Tax Agency in the capital last year. The men, aged 22 and 23, are charged with violating the criminal code’s terrorism provision as well as the unlawful possession and use of explosives. The prosecution, however, said that the motive for the crime remains unknown. Prosecutors added that they will aim to get a sentence of at least four years in prison for the defendants, whose lawyers say will plead not guilty. Prosecutors also want the two men to pay for the damages sustained by the building and nearby Nordhavn Station, which are estimated to be worth more than 6.2 million kroner. One person was wounded in the explosion in August 2019.

We want you: Military recruits more conscripts during Coronavirus Crisis
Looking for work now that the Coronavirus Crisis has destroyed travel and study plans? The Ministry of Defence has just the right job for you. The ministry is opening an extra 150 slots for conscripts in the armed forces to help address youth unemployment during the pandemic. The defence minister, Trine Bramsen, encouraged young people to apply for the positions, saying military service will benefit them for life. She added that the opportunity will help the youth to gain a foothold in employment. The conscripts will be trained in barracks around the country and then distributed to three teams starting in August.

85 report COVID-19 infections in Smittestop app
After some technical glitches, the new coronavirus app Smittestop is now up and running, and 85 people have so far used it to report they have been infected with COVID-19. The Ministry of Health and the Elderly told DR that 563,000 people have downloaded the app as of Friday, and it encourages others to do likewise. Smittestop can be downloaded from the Apple App store and Google Play store, but only works with the latest operating system and iPhone6S and newer models. The health authorities say the app is particularly useful for those taking public transport, going to restaurants, watching football games and standing close in queues. The app supplements the government’s manual contact tracing efforts.