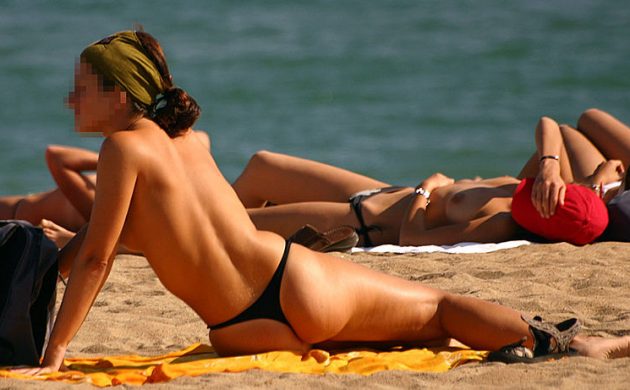 It has to be said that a trip to Amagerstrand last weekend afforded similar views (photo: Julio Rojas)
August 21st, 2020 10:29 am| by Ben Hamilton

Bathers in areas where swimming is not permitted in Copenhagen Harbour could soon face fines, according to the By & Havn authority.

The news may be redundant given today’s weather – the first non-summer’s day in the capital for some time – but it would appear that many Copenhageners just don’t know the rules.

Swimming is only permitted in designated areas, but while many harbour baths and bathing zones have been installed over the last two decades, there are around 200,000 ‘illegal swims’ every year, estimates By & Havn.

By & Havn intends to change the law to make it much easier for the police to issue fines, to review all signage around the harbour in a bid to make it clearer where swimming is prohibited, and to next summer introduce an app highlighting all the zones where bathing is permitted.

A swimmer could be killed
Many of the bathers choose areas where they could easily be hit by a vessel. Movia, the company that operates the harbour buses, reported 100 near-misses with bathers last year.

“It is a captain’s worst nightmare to mow a swimmer down,” Camilla Struckmann, the communications director at Movia, told TV2.

The Danske Studenters Roklub rowing club, which is based in Svanemøllehavnen, claims it is a constant “gigantic problem” for its members, as a swimmer could easily be killed by a blow to the head by an oar.

“You can not see swimmers’ heads sticking out of the water and therefore do not know if you are about to hit them,” its chair, Kasper Haagensen, told TV2.

“Until now, it has only been recommendations [by the authorities] that clearly do not work. If people now become aware that they risk a fine by jumping in outside the permitted zones, then it may be that they refrain from breaking the law.”

Increase in toplessness
In related news, toplessness is becoming more popular around bathing areas, although it does appear to be the opinion of just one, rather too observant academic!

Niels Ulrik Sørensen from Center for Youth Research at Aalborg University told Berlingske that he decided to write an article on the matter after noticing the trend on the beach and in his Facebook feed.

“This summer we have seen a huge focus on nature and a search for the natural, which we have not seen for many years. At the same time, there has long been a greater societal tendency to criticise the ideal of being perfect and appearing flawless,” Sørensen told the newspaper.

Sørensen attributes the toplessness to the growing feminism movement in which women are asserting the right to look the way they do.

In recent years, an increasing number of bare breasts have been seen at activism organised by the Ukrainian-French group FEMEN, the GoTopless and #FreeTheNipple movements, and the SlutWalk marches – of which at least one, in 2018, has been staged in Copenhagen.

READ MORE: SlutWalk to coincide with the burning of witches – the original victims of rape culture

While bare breasts tend to be associated with the period between the mid-1960s and the early-1980s in many western countries, in Denmark they were a perfectly common sight up until about 20 years ago.