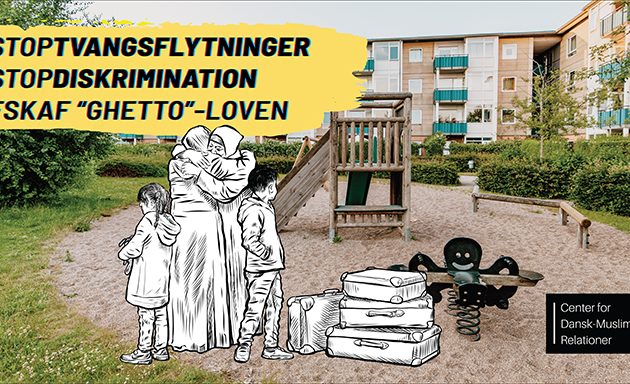 The campaign went live over the weekend, but have you seen it? (all photos: CEDAR)
September 9th, 2020 6:47 pm| by Natalia Joanna Bajor

The Center for Danish-Muslim Relations (CEDAR) has launched a nationwide campaign against the so-called ‘Ghetto Law’, which it contends is “discriminatory” towards non-western people in Denmark, as it asserts that if they account for over half a neighbourhood, the area is pretty much a ghetto.

Announced in early 2019 by the former government, the ‘Ghetto Law’ came into force at the beginning of the year.

It first and foremost classifies neighbourhoods as ghettos if 50 percent or more of their inhabitants are of non-western descent – although it does need to satisfy a further two more criteria relating to factors such as low income, high unemployment, a high proportion of early school leavers and high crime.

“UN has criticised the new law, but people still don’t know why it is discriminatory.”

CEDAR is also particularly concerned about the government’s plans to evict many residents from public housing in the neighbourhoods in order to replace them with private housing residents.

A decade of discrimination
Since 2010, the government has annually published a Ghetto List to draw attention to the plight of vulnerable neighbourhoods.

Currently, 28 neighborhoods are considered ‘ghettos’ – a derogatory term the government has consistently used regardless. 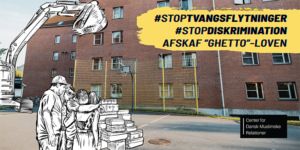 Nationwide campaign
The campaign, which was launched on September 7, included billboards in eleven Danish cities. Additionally, a social media campaign has been launched under two main hashtags #StopForcedEvictions and #StopDiscrimination (in Danish #StopTvangsflytninger #StopDiskrimination).

Slogans will include phrases like “Stop forced evictions”, “Stop discrimination” and “Abolish the Ghetto Law”.

CEDAR hopes the social media campaign will educate the Danish public about the issue, and it is especially targeting young people.

Discrimination beyond regulations
The main premise of the campaign is to spread awareness about the new law and its discriminatory nature, but it also goes beyond that, at it wants to highlight structural racism in Denmark.

“Facts are missing in this debate. Danish people do not believe in structural racism,” contended Serbest.

No media coverage
Serbest reveals that CEDAR has had a hard time getting any coverage in the mainstream Danish media.

For example, a campaign about Islamophobia last month got next to no coverage, with most Danish media outlets refusing to cover it.

“Some Danish media outlets even told me that it wasn’t relevant enough to publish,” he said. 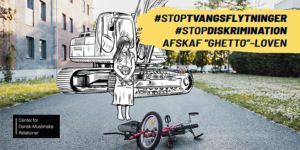