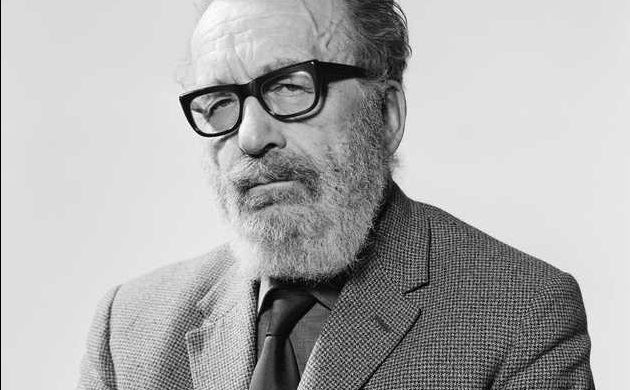 Janteloven – the Jante Law – is a code of down-to-earth conformity formulated by author Aksel Sandemose in the 1930s but still very much alive in Danish society today.

In short, the message is that nobody must get above themselves or believe he is superior to the masses, that everyone is equal, and that cleverness or intelligence does not make one a better person.

Spawning mediocracy
The egalitarianism, anti-elitism and pro-democratic sentiment of many Danes – born, some say, of a blend of state Lutheranism and decades of Social Democratic rule – is seen by some as a shackle that crushes initiative and imagination and in their stead spawns a rather plodding, moribund ‘mediocracy’.

Lumped together with its fellow Nordic states and Switzerland, it is not uncommon to hear the elusive Harry Lime’s opinion of the Swiss, issued in the classic film ‘The Third Man’, also referred to the Danes.

“Like the fella says, in Italy for 30 years under the Borgias they had warfare, terror, murder, and bloodshed, but they produced Michelangelo, Leonardo da Vinci, and the Renaissance,” says Orson Welles’ character.

“In Switzerland they had brotherly love – they had 500 years of democracy and peace, and what did that produce? The cuckoo clock.”

Many blame the  Jante Law for Denmark’s dullness, but are times changing? It wasn’t that long ago that Denmark topped the Economist’s Yawn Index for boredom – but at the last count in 2013 it was sitting in fifth.

And ahead of the advent of Nordic Noir, John O’Mahony, the Guardian newspaper’s theatre critic, suggested: “Life is good in Denmark – which is why it can’t produce any decent drama … homogeneous, conservative, affluent, bike-riding Danish society doesn’t seem to supply the necessary conflicts for living, breathing, compelling and relevant drama.”

A queen’s consort
Not that all this is anything new. In his ‘Account of Denmark as it was in the Year of 1692’, British diplomat Robert Molesworth wrote the following: “Scarcely have I known a nation whose national mentality is of such a monotonous uniformity as here. You meet no-one of outstanding brilliance or aptitude, no enthusiasts, no madmen, idiots or dreamers, all are so nearly alike, each keeps to the beaten track of mediocrity.”

Opinions differ about the Jante Law. Some years ago, Queen Margrethe actually denounced it in her New Year television address to the nation. “It is a very Danish phenomenon, but it is dangerous if we let it get into our blood. Thou shalt not believe thou art nothing,” the queen said, cleverly giving the main tenet of the credo a positive twist.

The British ‘Time Out’ guide to Copenhagen sees the law as a symptom of Denmark’s ‘tall poppy syndrome’: “The higher up a monkey climbs, the more you see its bottom – though exceptions are made for the Danish football team, Victor Borge and other popular heroes,” it writes.

Talent made mediocre
On its website welcoming foreigners to Denmark, the National Agency for Enterprise and Housing talks at length about the Jante Law, referring to it as “an unwritten codex of behaviour” in a society where great emphasis is put on equality. “The Law of Jante signifies that the Danes consider the community to be just as important as the individual,” it says.

Foreigners, particularly perhaps the French, are totally mystified by the creed. There is simply no Jante Law in France.

A Magna Carta for those with a chip on their shoulder perhaps, the Jante Law has been known to force talented Danes – often in the artistic world – to flee the country in desperation and work abroad in exile. The Jante Law seems to encapsulate a deep-rooted neurosis in a country famed for its excellence in many fields.

It was after all a Danish architect – Jørn Utzon – who designed the greatest building of the last century and one of the wonders of the modern world, the Sydney Opera House, don’t forget. There are quite a few great Danes around, albeit often in rather elitist fields of activity!

As one Jante Law-free Dane, scientist and poet Piet Hein, put it:”Denmark is a tiny enclave where everything is the biggest in the world, even its inferiority complex.” Need it be said that Hein lived outside Denmark much of his life?

The ten commandments of Jante

1. Don’t think you are somebody.

3. Don’t think you are smarter than us.

4. Don’t think you are better than us.

5. Don’t think you know more than us.

6. Don’t think you are more important than us.

7. Don’t think you will ever be anybody.

9. Don’t think anybody gives a damn about you.

10. Don’t think you can teach us anything.