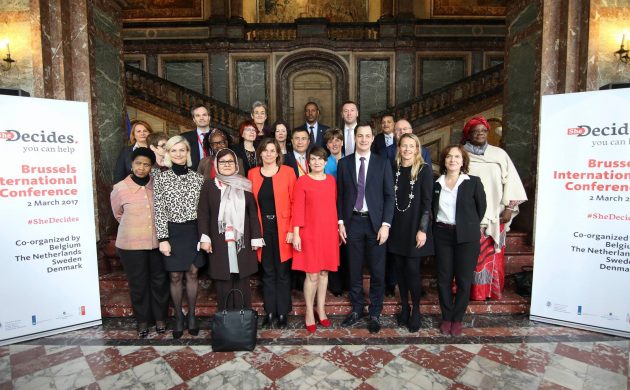 One of Donald Trump’s first acts on assuming the presidency of the United States was to cut the financial support destined for the UN population fund (UNFPA).

The so-called ‘Global Gag Rule’ was a direct result of  pressure from conservative anti-abortion campaigners on the new White House.

However, critics were quick to point out the decision would leave millions of women in developing countries in the lurch.

Extending a helping hand
At a conference in Brussels in March entitled ‘She Decides’, which was co-hosted by Denmark, its minister of development, Ulla Tørnæs, pledged to do something to help plug the gap.

She has now made good on that pledge.

“That the US has decided to cut their support is both sad, damaging and unnecessary,” Tørnæs was reported as saying by Metroxpress.

“To help make amends for the American decision, we will immediately pledge 40 million kroner to UNFPA.”

“The next step is to get together with representatives from like-minded countries in April and discuss what we can do politically to back up UNFPA and other similar organisations that might lose contributions from America,” the minister said.

The first cut is the deepest
The agency is seen as controversial by religious conservatives in America because, among other things, it is involved with family planning, as well as women and children’s health in more than 150 countries.

“It is UNFPA’s mission to ensure that every pregnancy is wanted, every birth is safe, and that every young person’s potential can be fulfilled,” stated the agency, adding that the contention that it supports compulsory abortions or involuntary sterilisation in China is “erroneous”.

Although he has frequently criticised the organisation, this is the first time that Trump has actually cut the amount the US contributes to the UN.

In 2015, Denmark supported the agency with around 325 million kroner.