Where strangers gather for festive fare and leave as friends

This article is more than 4 years old.

Madklubben version of the Julefrokost is strictly a social affair 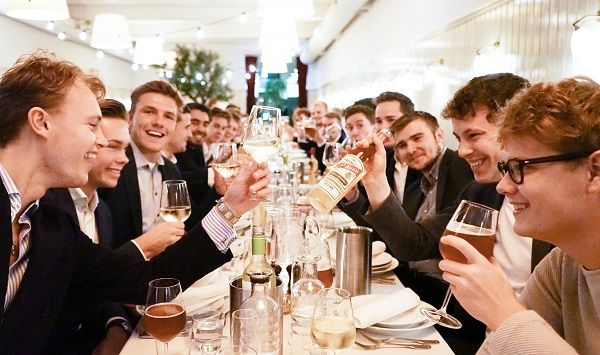 Cheers! Like that PS Krøyer painting, but at Xmas (Photo: Roselyne Min)

It would be hard to forgive the gloomy and bleak winter in Copenhagen without the Christmas lights, scent of gløgg, and tipsy Danes giggling and cheering. The star of the show is the ‘Julefrokost’, a year-end party with endless bottoms-up of schnapps, and dining chain Madklubben has geared up its party room in Østerbro for the special occasion. 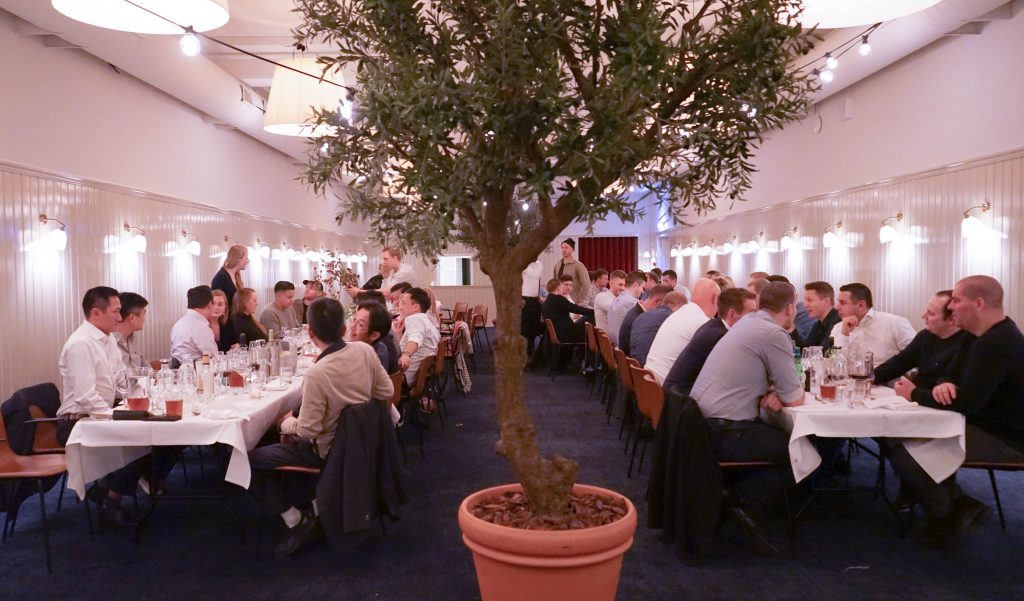 When we visited, the palatial banquet room was adorned with glossy Jerusalem cherries and hollies and classics from the beloved Danish furniture designer Børge Mogensen. With a colour palette reminiscent of the Grand Budapest Hotel and a dazzling array of exquisite glasses and plates, the setting was an unimpeachably perfect fit for sumptuous dining.

I must confess that I was expecting some awkward eye contact when guided to a seat between two groups, but the people present gladly engaged us in conversation.

The anticipation was palpable, as was the hunger and thirst, and when the venue manager Emma Hind raised a glass of champagne and thanked everyone for coming, the night erupted in the jingle of 50 glasses clinking.

Happy as Harry
Communal dining, akin to the feasts enjoyed in Hogwarts’ Great Hall, can be often seen in the Nordic region – a throwback to their agrarian society and continued trust in the ‘kommune’. 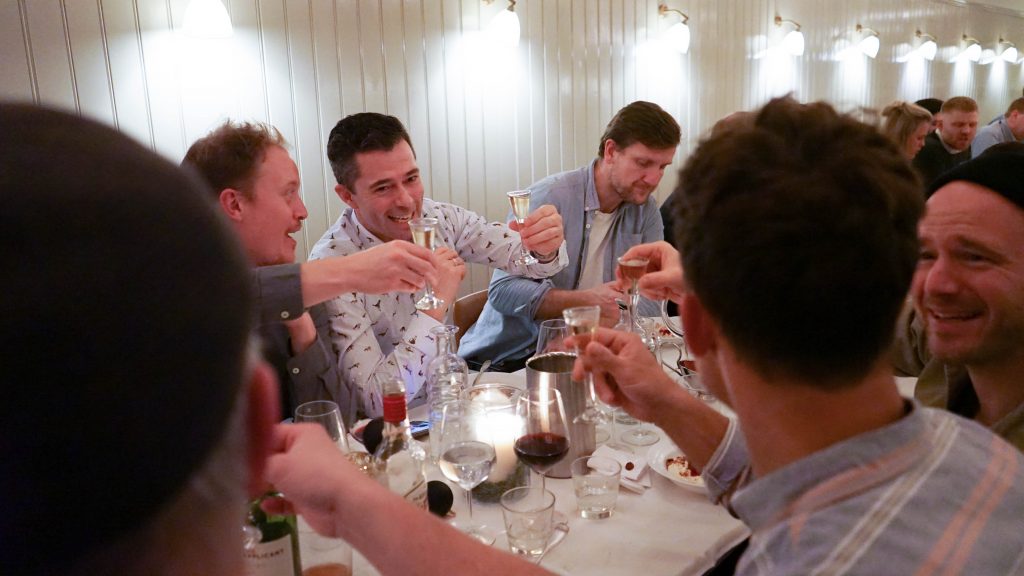 Denmark has its ‘folkekøkkener’ (community kitchen), there are Swedish (sittning) and Finnish (yhteisöllinen) equivalents. All of them involve shared toasts, as tipsy jokes and plates of food are shared with strangers.

Most julefrokoster tend to be private, which makes Madklubben’s social version all the more appealing. Madklubben communications manager Stephen Haar explained that the restaurant chain wants to encapsulate the beauty of socialising, collectiveness and sharing experiences. 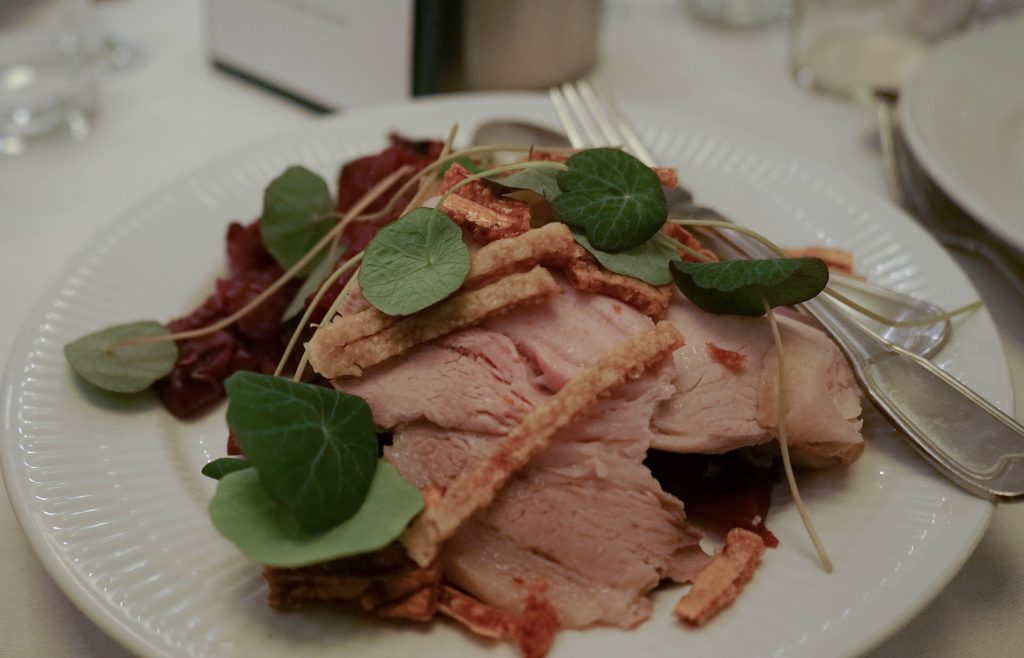 The six-course menu heralded a long night ahead, and the evening duly began with smørrebrød served with all manner of toppings. The highlight was the sophisticated combination marinated herring with capers, fresh red onions and dill, paired with a serving of sauvignon blanc.

As the courses continued, I was overwhelmed by how versatile Danish cuisine can be. The Flæskesteg was both juicy and tend, while crisp to the bite – an almost playful texture. And the duck confit with potatoes left feeling all warm inside.

One of the guests, Alexander Knuthsen, testified to the authenticity of the cuisine. “This is really Danish and we would have the same dishes at home on Christmas,” he told me between mouthfuls. 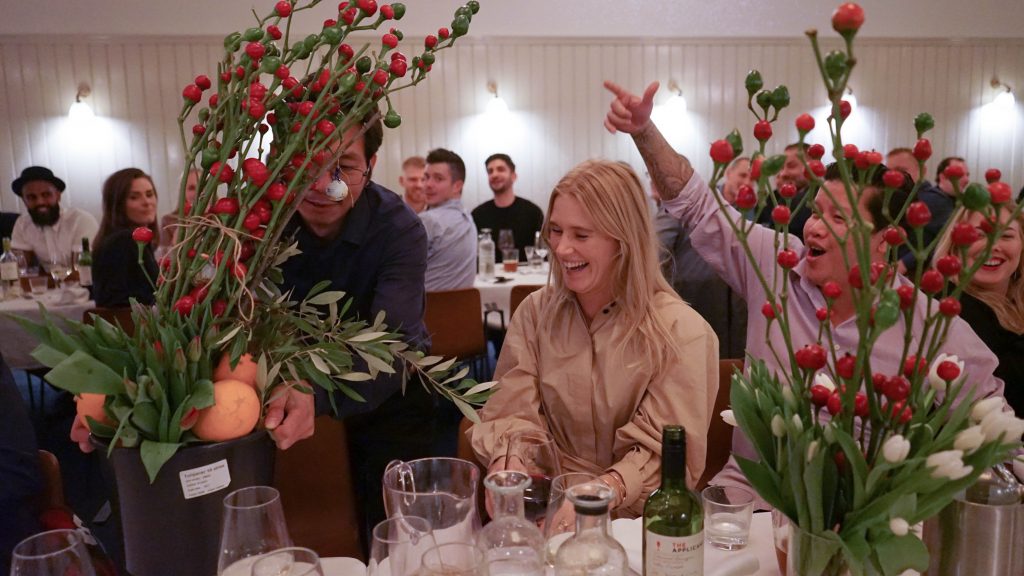 It was certainly a mixed crowd, with plenty of Asians interspersed among the Europeans. Sitting nearby, a Danish man and his Vietnamese in-laws smiled contentedly, while Søs Asmussen and her pals were having the most jolly of reunions. Later those two groups merged over the winter cherries, and we have a group of CBS students, out celebrating the completion of their exams, to thank for encouraging the rest of us to keep toasting.

“I’d say it’s a pretty Danish thing, although we are quite known for being distant. You can come by yourself but sit next to someone – because it’s all about hygge,” revealed one of the students, Sebastian Poulsen. “We had no idea who these people are, but we all cheered together. Everybody came for the same reason: to have a good time.”

His French-Danish friend Niels Derouin was also impressed. “I like the Danish aspect of celebrating for such a long time, from November to January, although I prefer French food (don’t tell anyone!),” he confessed with a chuckle. “Out of courtesy I’m tasting everything, and I’m finding it quite good – although maybe some of the fish dishes are a bit too strong for me.”

The lucky winner is … 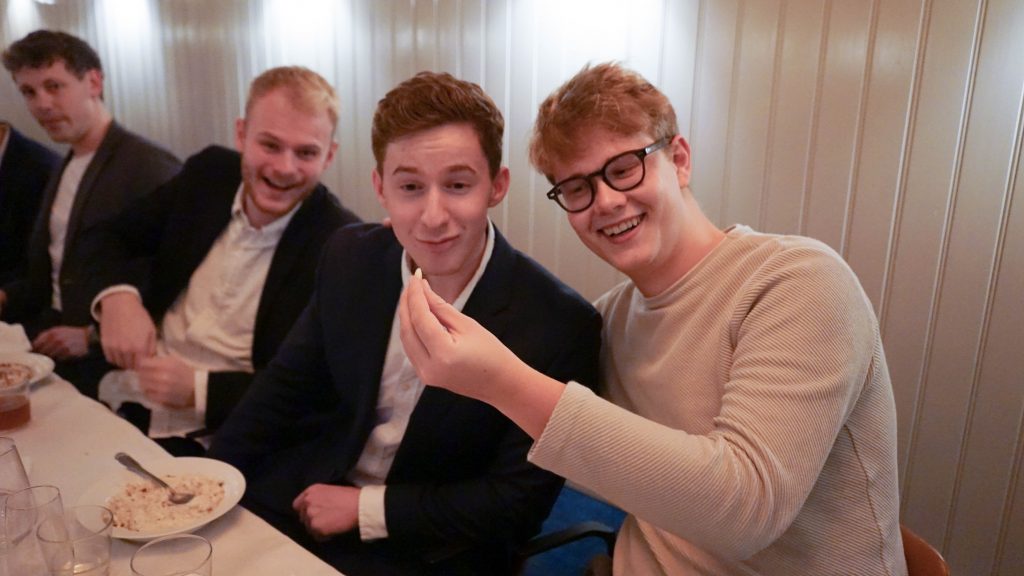 As the risalamande dessert was served, the Danes resembled artisans, expertly scattering cinnamon powder over the sweet, rice porridge, before dripping warm cherry sauce on top.

But the eating was more agricultural, as they dug deep into their bowls, hoping to find the pearl in the shell – the magical almond that earns you a gift. The night’s winners received a gift card amounting to 800 kroner – and the recipients were familiar faces!

“I’m the actual winner,” contended Sebastian Poulsen. “When I found it, I left it on the table and my friend Asger just took it from me, stood up on the chair and gave a speech so everyone thought he was the winner.” 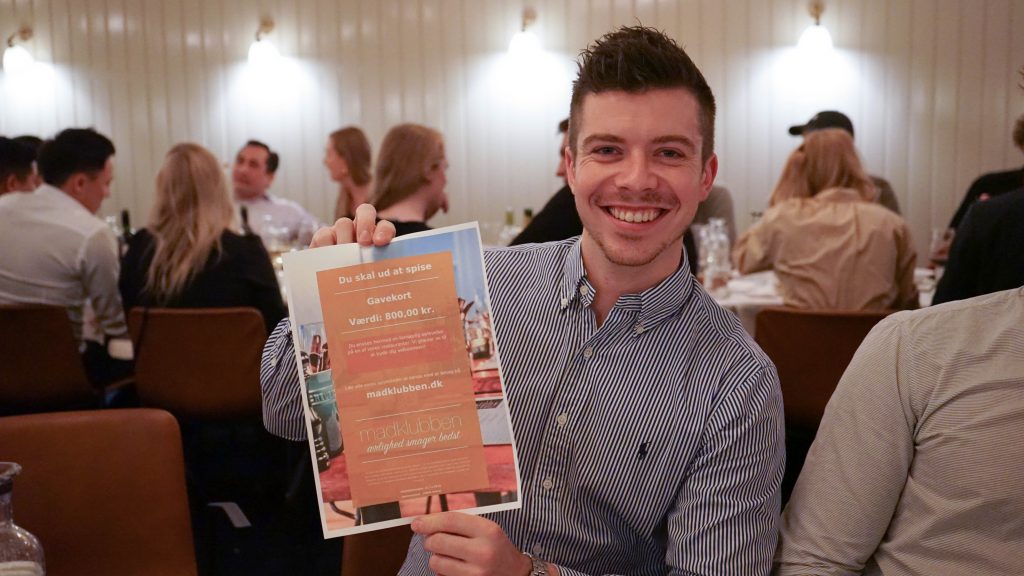 In fact, Asger was so loud that I didn’t realise that Philip Bünning, who was sitting right next to me, had also found one. He later proudly showed me his prize.

“I didn’t expect it since we are 50 or 60 people. With the prize, I will take my girlfriend to a Madklubben restaurant and have a lovely dinner,” he said.

Continuing into 2020
Altogether, the diversity of the guests generated different vibes and varied anecdotes, whilst the strong Danish traditions also played their part. As long as there is schnapps, warm Christmas food and a small kernel waiting at the bottom of a dessert, an enchanting night will be had by all.

If you are looking for the ultimate Danish Christmas experience, immerse yourself into this exceptional julefrokost.

Although most companies have had their official parties by now, the restaurant will be welcoming private parties and catering upon demand until January. That’s right, why not welcome in 2020 with a ‘Social New Year’.