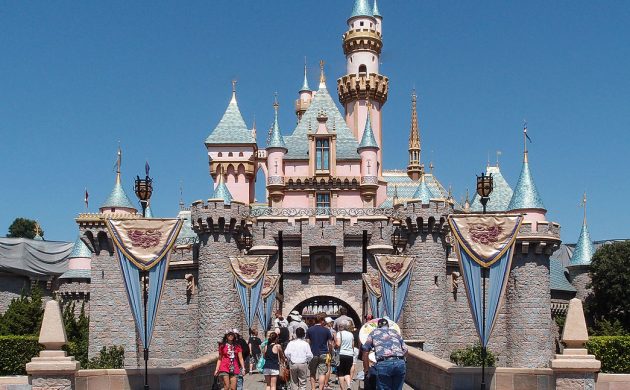 Researchers stumble upon the true extent of Disney’s obsession with the famous fairy tales in the depths of some secret archives (photo: Tuxyso)
July 7th, 2021 1:37 pm| by Lena Hunter

We all know and love the Disney versions of ‘The Little Mermaid’ and ‘The Snow Queen’. But Walt Disney’s links to HC Andersen go much deeper than a couple of feature films, according to researchers Sara Bruun Jørgensen and Anne Høgedal from SDU’s HC Andersen Center in Burbank, California.

The two gained unique access to the private archive at the Disney Animation Research Library, which contains more than 65 million drawings, storyboards, models, dolls and more from the Disney Group’s productions. It’s used primarily as an internal resource for Disney cartoonists and is closed to the public.

Overwhelming amount of material
“There was an overwhelming amount of Andersen-inspired material in there: sketches, drawings and storyboards for unfinished film adaptations of HC Andersen, detailed drawings of buildings in Odense and scenarios from Andersen’s life, and unfinished projects on ‘The Fir Tree’, ‘The Emperors’ New Clothes’ and ‘The Nightingale’,” said Jørgensen

Though the researchers knew there would be Andersen-inspired material in the archive, they were shocked by the extent. It was clear that Disney had been fascinated by HC Andersen’s life and work since the 1930s.

Fascinated by fairy tales
Walt Disney was a fan of European fables and fairy-tales and collected art books featuring HC Andersen tales, Aesop’s fables and the Brothers Grimm’s stories to inspire his cartoonists, who in the early years were primarily Europeans.

During a trip in 1951, Disney also took inspiration from Copenhagen’s historic theme-park Tivoli for his own park Disneyland in California, which he opened four years later.

However, Andersen’s brutal endings have always presented a challenge for Disney and most have had their morbid conclusions edited out. Ariel commits suicide in the original version of ‘The Little Mermaid’, while the Disney version ends happily when Ariel gets her prince.

Danish researchers use supercomputer to develop sustainable tyres
Every year, 1.3 billion tonnes of harmful synthetic microparticles are released into the environment through the wear and tear of tyres on road surfaces. Now, SDU researchers and German tire manufacturer Continental have been given access to the supercomputer Joliot-Curie in France to research the complex materials involved. Advanced tyre simulations will give insight into what happens at a molecular level, so the team can develop the materials for sustainable tyres in the future.

New lake-cleaning technique shows promising results
A pilot project in Søllerød Sø using electrodes to oxygenate the lake bottom has achieved a staggering 94 percent reduction in phosphorus in the deepest water layers. Oxygen depletion is found in over 75 percent of all Danish and European lakes, thanks to the historic dumping of wastewater with a high content of phosphorus, which prevents bacteria from breaking down dead material. The method involves two metal grids connected by a wire that are used to capture the electrons emitted by bacteria when they break down organic material at the bottom. The electrons are transported to the surface where they are absorbed by oxygen, allowing the bacteria to operate as if oxygen were present.

A short language lesson alters brain’s microstructure
The results of a new study published in PLoS Biology show that it is possible to measure microanatomic reorganisation in the cortex within just minutes of new word-learning. Microstructural changes were observed in areas including the prefrontal, temporal, and parietal and neocortical sites. The findings suggest a structural mechanism behind word-learning and reveal the causally interactive relationship of multiple brain regions in supporting language acquisition.

Science, not stray socks, is turning your laundry green
Together with Novozymes, chemistry researcher Simone Anika Skou Olsen has created new ways of measuring the non-degradable residues of soap and detergent released during clothes-washing, which can cause skin irritation and leak into the environment. The work is part of Novozymes’ continued work to develop more environmentally and skin-friendly detergents.

The elderly lose sense of smell for onions but not vanilla
Contrary to belief, as you age the ability to smell some scents diminishes whilst others are unaffected. Researchers from the University of Copenhagen have discovered that elderly folk might struggle to smell fried meat, onions and mushrooms, but not orange, raspberry and vanilla. “It may be because these scents have salt as a basic element – the taste most affected by ageing. Since taste and aroma are strongly associated, our sense of smell may be affected by our perception of salt,” speculated researcher Eva Honnens de Lichtenberg Broge. The team hopes the findings can help improve meals and the dining experience in carehomes.

Two orcas herds spotted in Skagen
Local resident Rolf Christensen was treated to a rare sighting of eight orcas off the coast of Skagen on Saturday morning during a regular birdwatching excursion at Grenen Bird Station. According to Christensen, it’s the seventh time he has spotted killer whales at Grenen this year. Despite reporting 30 sightings since 1975, the frequency of incidents in 2021 is unprecedented, leading Christensen to posit that the same animals are returning to Skagen each time.

New findings make horse beans safe to eat
Researchers from the University of Copenhagen have found out how to make horse beans safe to eat for everyone. Horse beans are rich in protein and easy to grow but produce the substance vicin. Over 400 million people in the world are predisposed to the hereditary disorder favism triggered by vicin. The disorder, seen primarily in Asia, Africa and the Mediterranean countries, can lead to acute anaemia and liver disorders. Now that the gene responsible for forming vicin has been identified, researchers are working on a vicin-free bean that can be used as a protein-source