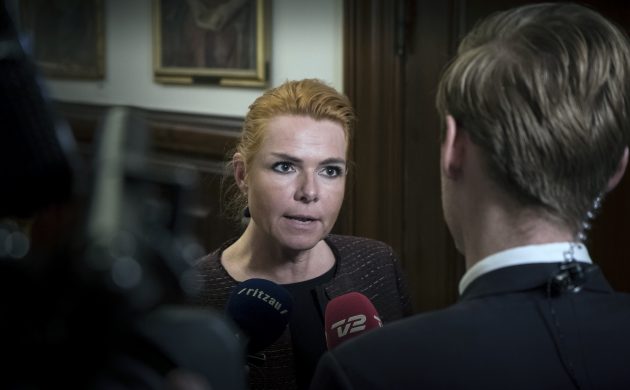 Inger Støjberg, the former immigration and integration minister, was visibly shocked when she was sentenced to 60 days in prison just moments ago.

The Supreme Court found her guilty of violating the Ministerial Accountability Act when she decided in 2016 that minors should not be allowed to stay in asylum centres together with their spouse or cohabitant.

The Supreme Court verdict, which cannot be appealed against, was almost unanimous – only one of the 26 judges thought Støjberg should be acquitted.

The prosecutors asked for four months in prison, but the court settled on two.

Lengthy case
Støjberg’s case has been ongoing since the early autumn, with lots of days in court and complicated testimony that many observers struggled to fully comprehend.

But it all came to a head this afternoon at 13:00 when Supreme Court President Thomas Rørdam took to the stand to announce the verdict.

Støjberg had been tipped to run for the leadership of Dansk Folkeparti next month, but it looks like those plans will have to be put on hold.

It leaves DF deputy head Morten Messerschmidt, who has a possible prison sentence of his own looming over his head next year, and outsider Merete Dea Larsen as the only likely candidates for the role.