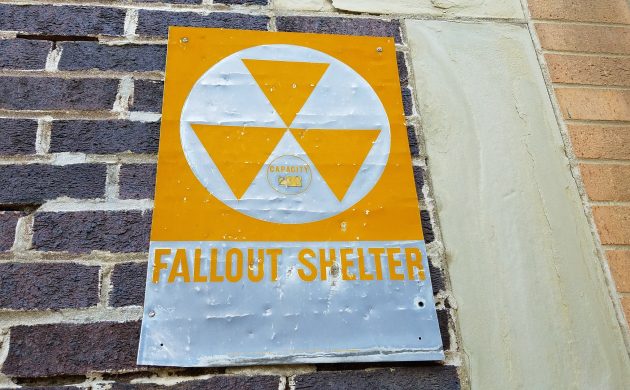 In case of a radioactive cloud, there might not be enough bunkers for everyone to shelter in (photo: lenzius/pixabay)
March 7th, 2022 2:21 pm| by Armelle Delmelle

With the war raging in Ukraine, an increasing number of people fear what would happen if it reached us in any way.

The opposition parties want Denmark to be ready. That is why they have asked for an assessment of the nation’s bunker capacity: to find out how many people could take shelter in them in safety from an enemy attack.

The last assessment was carried out in 2002. Twenty years later, the parties reason, it might be a good time to map out how many bunkers there are in each municipality and how many people could stay in them.

According to the right-wing newspaper Jyllands-Posten, Venstre and Konservative have asked the defence minister, Morten Bødskov, to do exactly this.

80 percent of the population can be sheltered
The Danish Emergency Management Agency maintains there is room for about 4.7 million people in the bunkers and safe rooms. This represents 80 percent of the 5.8 million inhabitants of Denmark.

These bunkers can be used in the event of, for example, explosions, a poisonous gas cloud or war.

There are around 950,000 places accessible to the public. The other 3.75 million are in basements under private buildings.

However, the agency’s figures date back to 2002, and it is feared that many of the bunkers have been dismantled and no new ones built to replace them.

Many rooms closed
“A lot of bunkers have been dismantled since the end of the Cold War, so I would ask the defence minister for an updated list of the bunkers we have, municipality by municipality, along with the location and the number of places,” Venstre emergency spokesman Peter Juel-Jensen told Jyllands-Posten.

According to him, the area of preparedness has for many years been neglected.

Niels Flemming Hansen, the defence spokesman for Konservative, agrees. He says Denmark should take inspiration from Sweden and give citizens access to an online map to see the location of all the bunkers.