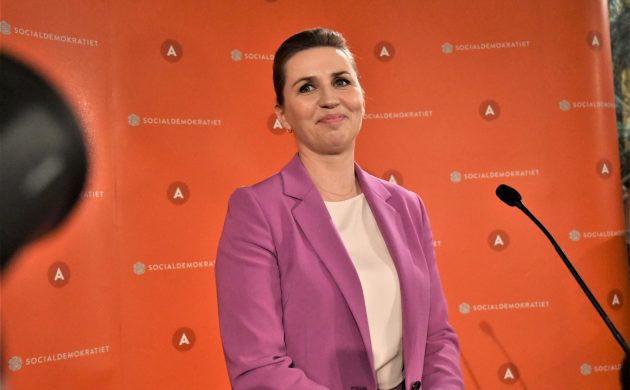 As EU referendum votes go, this one won’t go down in history as a nailbiter.

Yesterday, an overwhelming majority of Danes voted to abolish the EU defence reservation and thereby pave the way for closer military co-operation with the EU in the future.

A formidable 66.9 percent of voters voted in favour – the highest share of ‘yes’ voters ever recorded in an EU referendum in Denmark.

In fact, the ‘ayes’ had it sewed up in all 92 voting districts across the country.

“Thank you! Thank you to everyone who voted today. We will cherish the ‘yes’ you have given us,” wrote PM Mette Frederiksen on Facebook.

Low voter turnout
Looking at the numbers, the Gentofte and Rudersdal voting districts had the highest share of votes in favour with 80 percent, followed by Lyngby (78), Aarhus East and Falkoner (both 77).

Frederikshavn had the lowest share of ‘yes’ voters with 58 percent, preceded by Esbjerg City and Lolland (both 59), and Brøndby, Bispebjerg and Kalundborg (all 60).

The day also saw the second lowest voter turnout for an EU referendum in history at just 65.8 percent.

Only the referendum for the Patent Court in 2014, with 56 percent, has a lower turnout.

A number of European leaders voiced their pleasure with the result, as did the EU leadership.

“Denmark’s expertise on defence is much valued. I am convinced that both Denmark and the EU will benefit from this decision. We are #StrongerTogether.”

Pending some formalities, it is expected that Denmark will officially enter the EU defence co-operation by July 1.