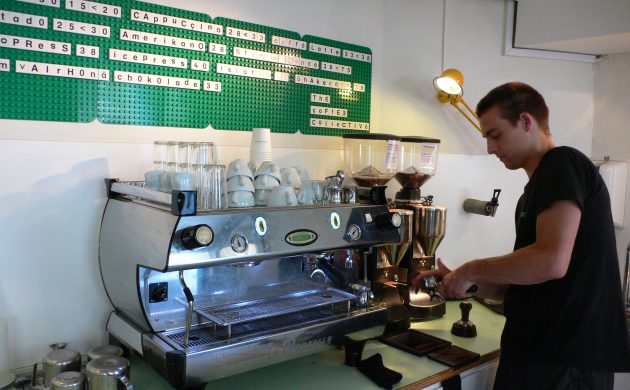 Espressos are not super popular at Coffee Collective, where the rate of one dollar per sip is slightly off-putting (photo: www.heatheronhertravels.com)
August 2nd, 2022 10:30 am| by Ben Hamilton

Most people are aware of the Economist’s Big Mac Index: an indication of purchasing power parity across the world. It also helps to explain why salaries need to be much higher in certain countries.

In Denmark, using the equivalent of 50 dollars in the local currency, one can afford to buy nine of the burgers, compared to 30 in index ‘leader’ India. Unsurprisingly, Denmark finishes in the ‘bottom ten percent’, but some way off the bottom three of Sweden, Norway and Switzerland.

Another comparison, the Tall Latte Index, is based on the price of Starbucks coffee and, significantly, Denmark closes the gap here, trailing only Switzerland (7.17 dollars for a cup) with 6.55 – if you love Starbucks, head to Turkey (1.31) as the prices are the cheapest in the world!

Clearly there’s something about coffee that makes people in Denmark think they can charge through the nose.

Even trumping the Swiss (okay … Bern not Zurich)
Well, according to a new price comparison by Rejsemagasin, Copenhagen serves the most expensive espressos of any capital city in Europe.

The average price of 4.00 US dollars is even more expensive than the Swiss capital of Bern, albeit by four cents. However, Copenhagen’s fellow Scandinavian capitals, Oslo and Stockholm, where expenses tend to be higher, charged only 2.57 and 2.68 respectively.

Espressos are not social drinks!
“If we look at the other countries, with which we normally compare ourselves, it makes one raise one’s eyebrows,” Forbrugerrådet Tænk chief economist Morten Bruun Pedersen told DR.

However, Pedersen reasons there is more to coffee than espresso – small drinks consumed quickly, typically favoured by caffeine-deprived commuters to wake up properly for the day ahead

“A cup of coffee is not just a cup of coffee. It is also something social. You want to sit somewhere, where it is smart and strange to be. It helps to keep costs up,” he added.

Altruistic reasons too
Coffee Collective co-founder Klaus Thomsen concurs that espressos in Denmark are not as popular as in the likes of Italy.

“In Italy, customers often stop by just to get a quick espresso, and then they move on again. We don’t sell that much at all,” he explained.

“One of the big expenses for us is just as much that you inhabit a place to sit where you meet a friend, can sit and talk or work. That is a large part of the price. And if you want to create decent conditions and wages for the farmers, a good agreement for employees and career opportunities, then the price will also be higher.”