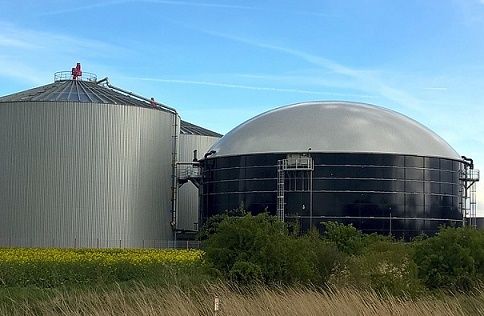 The expectations are putting Denmark self-sufficient in gas before 2030 (photo: pixabay/geraldK)

In a few years, Denmark won’t be dependent on gas anymore, according to experts, as biogas is quickly becoming one of the most produced energies in Denmark.

One of the goals of the climate minister, Lars Aagaard, is to cut Denmark’s dependency on Russia. And it seems like it could be achieved quite quickly.

“Biogas is the second most produced energy in Denmark: green and in large quantities. Biogas can play a lead role in helping us to get rid of our dependence on Russian gas,” he said.

Confident about the future
The biogas transition is supported by the company Nature Energy, which according to Biogas Denmark has seen its production increased fivefold since 2015. As of today, biogas accounts for 40 percent of the gas supply in the country.

Nature Energy inaugurated a new biogas plant in Kværs in Southern Jutland on Monday afternoon. The company is confident that Denmark can become self-sufficient for gas in the coming years, surely before 2030.

The country has now more than 54 biogas plants, and when Russian President Vladimir Putin shut off the gas last year, Denmark held out thanks to its biogas production particularly.

Growing up worldwide
Natur Gas Fyn, a Funen distributor of natural gas, was acquired by the pension company Sampension in 2017, and then by Shell last November.

The energy giant has ambitions to extend its production in the USA, Canada, France and the Netherlands. Specialists predict biogas will overtake natural gas by 2030, but as natural gas consumption is decreasing quickly because of the uncertain supply situation, it’s likely it will happen earlier than expected.

As part of the expansion of biogas plants in Denmark, pipelines will be upgraded.