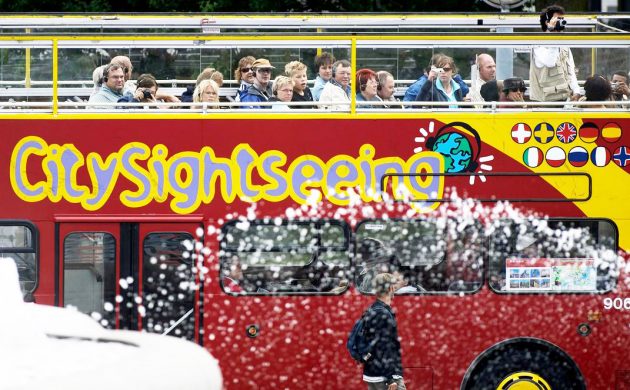 We all know how famous Copenhagen is. Home of hygge, Nyhavn, the Little Mermaid, bikes and Michelin star restaurants. Green city and happy people.

You’ve probably also heard that Lonely Planet crowned it the number one city to visit in 2019. Then, a few months later, it published an article asking ‘Is Copenhagen the latest city to fall victim to overtourism?’ The source of its worries was an EU report that answered the question with a ‘yes, it is.’

One possible solution presented by the municipality and Wonderful Copenhagen, the city’s official tourism agency, is to spread visitors throughout the year and across the Greater Copenhagen area. The goal is to encourage tourists to explore less popular places around the city as well as to have some of them visit outside the summer months. This is part of the ‘Tourism for Good’ strategy that aims to achieve sustainable tourism.

Certainly in February, we have far more events than ten years ago. Tivoli was open, new events such as the Copenhagen Light Festival, Cocktail Week and Copenhagen Dining Week were packing them in, and there were winter versions of CPH Pride, Jazz Festival and Fashion Week.

But is this really spreading the load or just attracting far more tourists?

Like butter on bread
“It’s only good that it’s spread out instead of being concentrated in a few months,” contended Henrik Appel Esbensen, a member of the city council’s culture and leisure committee.

Anders Rosbo, the head of corporate communications at VisitDenmark, concurred. “Only a relatively small number of people visit us in the winter, so this time of year is not very crowded anyway,” he said.

Anders Kongshaug, a board member at Copenhagen Light Festival, also agrees.
“It’s not only good for tourism but also for expats and other Copenhageners in general – that they feel they can always find something that suits them in this city,” he said.

“It also attracts labour. If you want someone to come here and work for you, they need to feel like Copenhagen is an awesome city to live in.”

According to a 2018 Wonderful Copenhagen report on tourism (‘10xCopenhagen’), most locals agree with Kongshaug: “66 percent perceive tourism as having a positive impact on the overall city atmosphere, and 62 percent state that tourism positively influences the range and diversity of activities on offer.”

Nothing but an illusion
However, Anne-Mette Hjalager, a professor at SDU and tourism expert, believes we might be fooling ourselves.

“The problem is that there is still an overload of tourists in the summer period, so that hasn’t gone away,” she said.

“This is just an overall growth. And we don’t know whether tourism will eventually also become massive during the off-season. We can already see Christmas markets being crammed with tourists in some European countries.”

Hjalager pointed to the rising number of visitors as an indication that her warnings stand on solid ground: “Statistics show that there has been a very strong growth in Copenhagen in the past years.”

Indeed, according to Wonderful Copenhagen, tourism has swollen by 74 percent in the last decade, and in 2018, the capital saw more than 10 million overnight visitors – a figure that’s expected to hit 16 million by 2030.

“This suggests that we’re not just spreading tourism from the summer to the off-season but witnessing an overall increase. This is what sounds the alarm for many people,” said Hjalager.

Dark side of tourism
One of the negative aspects of over-tourism is the increase in transport, according to 63 percent of the locals consulted by Wonderful Copenhagen.

“I believe that the city centre has reached a breaking point in terms of tourists and tourist buses – especially during the summer,” asserted Franciska Rosenkilde, the mayor for culture and leisure in Copenhagen.

“Tourist buses and cruise ships are a significant nuisance for both the residents and the environment.”

The municipal council recently passed an Alternativet initiative to work on finding solutions to limit the buses in the city centre, which is expected to be ready later this year, Rosenkilde revealed.

One possible solution, suggests the mayor, could be replacing the buses with electronic bikes, leaving tourists with no option but to actively explore the inner city.

“Greener energy sources for cruise ships are also in the works, as well as shore power to reduce the large amounts of CO2 they emit while in dock,” said Rosenkilde.

Go hard or go home
Hjalager doesn’t think enough is being done, however. She identifies three types of measures against over-tourism – hard, medium hard and soft – and categorises all Wonderful Copenhagen initiatives, such as the de-marketing of places burdened by tourism, as soft measures.

“I would suggest the municipality pauses for a moment to think about how to handle the situation,” she said.

“Bringing the construction of new hotels to a halt – which is a hard measure – could provide that room for reflection. Because hotels generate the activity. In the off-season, for example, they decrease prices to attract more people. Their capacities determine what happens and when it happens in tourism.”

Jobs – yes please!
For those who make a living from tourism, which is responsible for 60,000 jobs in Copenhagen, non-stop action is a godsend.

“If you can keep tourism running all year long, you have the opportunity to create more sustainable jobs,” contended VisitDenmark’s Anders Rosbo.

“The longer the season, the more durable the jobs. Today, these mean almost all-year employment. And they are not exported out but stay in Denmark and restart each time the season begins.”

But how many of these jobs are filled by Danes, questions Hjalager. “Many are Swedish or eastern European,” she pointed out, meaning less revenue trickles back into Danish society.

And the same is true of many of the businesses benefiting. While the Danish capital makes more than 51 billion kroner from tourism per year, according to Wonderful Copenhagen, a lot of it is slipping through its fingers, argues Hjalager.

“There are leakages that are out of our control. Some of the big hotels are owned by international companies, for example,” she said.

“Also, we know too little about how much economic benefit we really derive from cruise ships: they too are owned by foreigners and are often all-inclusive. The claim is that cruise ship tourists spend a lot of money on shopping in Copenhagen, but I have my doubts. They don’t eat out, for example – maybe they buy a cup of coffee in the city, or an ice cream, but then they go back to the ship to take advantage of the all-inclusive deal they paid for. And there are also a lot of shops on the ship itself.”

The bigger picture
But as Rosenkilde said: “Tourism is more than consumption and profit,” she said.

“Tourists ensure that Copenhagen is a lively city at all times. Tourism is also a cultural exchange that helps to open up our city and our society.”
Esbensen takes this point further.

“I’m proud, because I think Copenhagen is the greatest city in the world. We have ensured that we can all live here: tall and short, rich and poor,” he said.

“Through tourism, other nations can spread the word about Denmark and the way in which our society has been constructed – a society where we take care of each other and where we don’t have 10,000 homeless people stranded on our streets. A welfare society that shares the goods. We need to promote this.”

This article was the cover story in our February 27 edition. CPH POST was unable to publish it in the following week due to website issues.