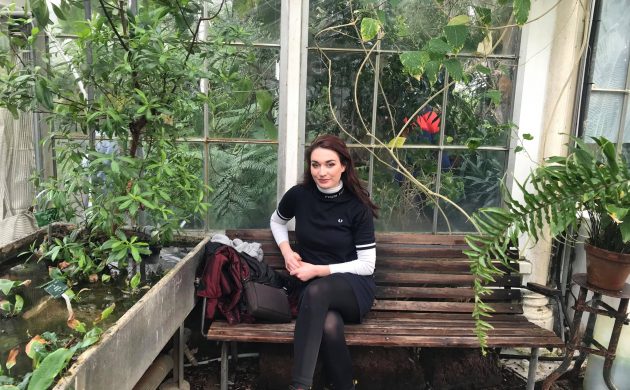 Laura Dickinson warns of scams, monopolies and legal action
May 1st, 2020 5:00 am| by Laura Molloy

As the coronavirus pandemic continues to uproot lives across the world, countless individuals are finding themselves facing an unprecedented economic burden.

Changing circumstances
Among those devastated by the virus are students, who now must complete their education under unfamiliar circumstances, while simultaneously juggling new-found unemployment and countless financial responsibilities.

A group of over 600 international students and sympathisers in Copenhagen have joined forces in an effort to alleviate part of the stress that has occurred as a result of the crisis.

The group, which goes by the name ‘UCHF Tenants Organisation’, aims to negotiate with their landlord, the University Of Copenhagen Housing Foundation, to instil special measures during this period.

Quite the monopoly
Established with the intention of assisting international students, the Housing Foundation offers a solution to those facing the great difficulty of finding temporary accommodation in Copenhagen.

For students seeking accommodation in the city, it is an almighty struggle. Thus the foundation, which operates as a non-profit, is the only option for thousands of exchange students in their search for housing.

This is a notable concern for the UCHF campaign co-ordinator, Laura Dickinson.

“If you opt to rent a private residence, it’s very easy to get scammed,” she said. “The housing foundation knows it has a monopoly on the market.”

Dickinson is among ten lead organisers who are utilising whatever skills they have in their action against the Housing Foundation.

“We just want to get people involved, no matter how little experience they have. That’s what community union is all about,” she said.

Empowering the angry
The organisation has three main demands, each voicing the most popular concerns of students hit by the crisis.

The group has already garnered the attention of hundreds who are discontented with the service, along with those who are worried about the prospect of late fees if they are unable to afford rent in this chaotic period.

Dickinson’s own motivations stem from a desire to “empower” those who are under stress. “People are crying out for an organisation like this, and they’re angry,” she contended.

Back home, “defeated”
Niamh O’Kelly, 21, is among hundreds seeking a response from the Housing Foundation.

Like many worldwide, O’Kelly lost her job as a result of the government lockdown, leaving her in a state of financial uncertainty – almost overnight. Encouraged by her embassy to return home, the politics student had no choice but to wait out the crisis in her native Ireland, thus temporarily abandoning her accommodation.

Despite initial hopes to receive unemployment benefits, O’Kelly was “defeated” to discover that, upon leaving the country, she was no longer eligible for the scheme.

“I’ve worked since September and paid taxes, but now I get nothing,” she said. “I don’t get SU, I’ve lost my job, I can’t get benefits and I can’t get a new job in the middle of a pandemic.”

One-line response
Though she had hoped for sympathy from the Housing Foundation, O’Kelly’s attempts to negotiate were unsuccessful – leading her to join the tenants organisation.

“I emailed them to express my concerns before my rent was due and asked if there was anything they could do to help, but they wouldn’t even give me an extra week,” she revealed.

“I told them about my situation and that I was struggling to even feed myself and in return got a one-line response.”

Following negotiations, the Housing Foundation allowed O’Kelly to split her rent into three separate payments rather than an upfront cost, yet she remains dissatisfied with her treatment, saying: “I thought that because they are a foundation for students they would be understanding, but they just made things really hard.”

“We must act responsibly”
Yet, the Housing Foundation remains adamant it cannot succumb to the demands of the UCHF.

“All our contracts must be based on a standard contract authorised by the Danish Ministry of Housing,” explained Housing Foundation head Søren Peter Hvidegaard Jensen.

“The Rental Act, as well as the rental contract, contains no provisions on termination without notice. Therefore, the contract cannot be terminated without any notice.”

Those in similar situations to O’Kelly are encouraged by the Housing Foundation to contact insurance companies to request financial assistance. “It is our tenants’ own responsibility to have the necessary insurance coverage,” added Jensen.

The Housing Foundation also insists that, in normal circumstances, there is a possibility for tenants to terminate contracts early. However, it depends on another tenant wanting to rent the room – something that is extremely unlikely during a pandemic.

In regards to reducing rental costs for those unable to access all facilities, Jensen explained: “If we reduced the rent for some of our tenants it would result in a higher rent for others, and that is not acting responsibly.”

Legal option
However, the tenants organisation is keen to point out that establishments in other countries who have made allowances for international students during this crisis, such as the KU Leuven in Belgium and the University of Amsterdam in the Netherlands.

“We’ve spoken to other students in countries where this has happened, so why not here?” revealed Dickinson.

According to Dickinson, the organisation is prepared to take the legal route. “We know we have legal grounds and have spoken to lawyers who say we have a case,” she revealed.

But, regardless of whether their goal is achieved or not, they are keen to carry on the momentum and represent international students for years to come, making sure they are more knowledgeable of their rights in the future.