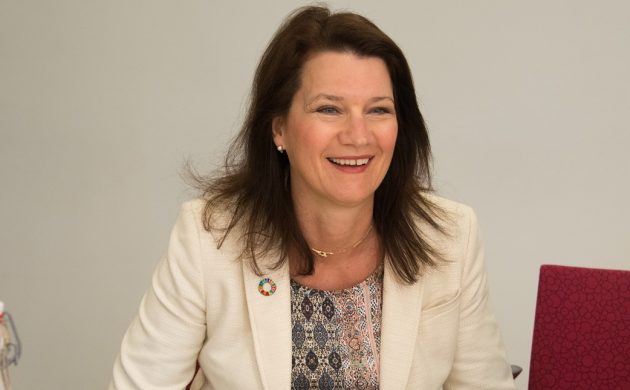 The Swedish foreign minister on Tuesday has rebuked Danes visiting Sweden over their failure to follow social distancing norms in the aftermath of the pandemic.

“If they are to come here, it requires them to follow the rules. We get a lot of emails that people come from Denmark and that they do not respect social distance and move tables together at restaurants and everything,” said Ann Linde, maintaining that tourists from Denmark are welcome only as long as they remain mindful of the rules.

The Swedish Foreign Ministry later stated that the comments were made based on the “communication and information received by the government”, adding that the minister’s remarks apply solely to those who are lax about the COVID-19 rules.

Sweden’s COVID-19 strategy
Unlike Denmark, the Swedish government kept its borders open throughout the coronavirus pandemic. During the lockdown, a number of Danes continued to visit Sweden, where cafes, restaurants and nightclubs remained open – unlike Denmark.

As Danish society reopens, Prime Minister Mette Frederisksen has announced the opening of borders for travellers to and from Norway, Germany and Iceland.

However, Sweden is currently excluded from this arrangement.

Danish Parliament adopts new Faroese judicial law
A majority in the Danish Parliament on Tuesday passed a revised Code of Procedure for the Faroe Islands. The new legislation institutes more up-to-date police and tightens rules in criminal cases, thereby implementing the 2007 police reform. Therefore, the police on the archipelago will be equated with police from other Danish districts, and reports of criminal offences committed by the police personnel will be charged under the Independent Police Legislature (DUP). The bill passed by the Danish Parliament, which included 6,000 pages and 1,100 paragraphs, has already been referred to as one of the most elaborate proposals in Danish history.

Denmark and India initiate long-term power partnership
The governments of Denmark and India on Tuesday signed a Memorandum of Understanding (MoU) to increase co-operation in the power sector, including offshore wind development and enhancing grid flexibility. Under the agreement, the two countries are to set up a Joint Working Group that will oversee strategic and technical growth for mutual benefit.

Denmark to make administrative call on Nord Stream 2 gas pipeline project
Denmark must make a decision on where gas pipelines can be laid down in its waters. The development came after Nord Stream 2 requested the Danish Energy Agency (DEA) to approve the use of anchored pipe-laying vessels.  DEA head of media relations Ture Falbe-Hansen explained: “Anchored pipe-laying vessels have been assessed in the environmental impact assessment, but it’s not a part of the permission from October 2019,” adding that the DEA will make an administrative call in accordance with the Continental Self Act and the obligations stipulated under the United Nations Convention on the Law of the Sea (UNCLOS). Falbe-Hansen, however, did not specify the timeline required to make the call.

Japanese Fujifilm to invest 6.1 billion kroner in Danish facility
Fujifilm, a Japanese conglomerate, is investing around 928 million US dollars (6.1 billion kroner) in its research factory in Hillerød, a town north of Copenhagen, which is expected to create 300 jobs in Denmark. The factory, which was owned by Danish Biogen until August 2019, currently has about 800 employees. The investment following the acquisition is a move that is likely to house 1,100 employees by 2023. The construction of the factory is expected to commence in 2021.