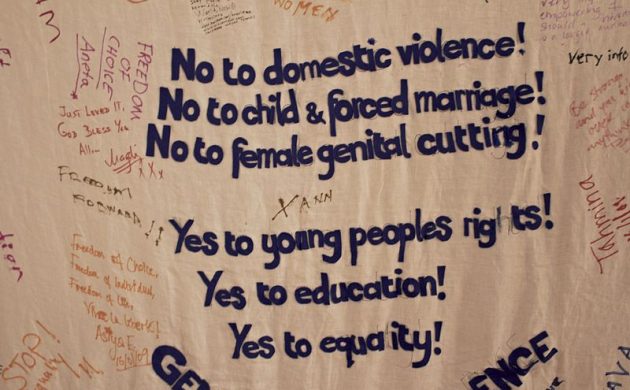 The European Institute for Gender Equality (EIGE) estimates that around 2,000 girls in Denmark face the risk of being circumcised.

The absolute majority are immigrants or the descendants of immigrants from Female Genital Mutilation-practising countries.

Between 11 and 21 percent of the girls from FGM countries are at risk – between 1,408 and 2,568 in total. Additionally, 37 percent of all asylum-seeking girls are at risk.

Somalia, Iraq and Iran were all mentioned by the study as prominently represented FGM-practising countries with sizeable communities in Denmark.

Asylum failings
EIGE has released the findings of its report in the build-up to the International Day of Zero Tolerance for FGM on February 6.

As well as figures for Denmark, it has also released new estimations for Spain (9-15 percent), Luxembourg (12-17) and Austria (9-15), where the ratios are noticeably lower.

Female circumcision, which involves the removal of the clitoris, is illegal in Denmark. But while it is often cited as grounds for asylum, the authorities often don’t comply.

Of the four countries, only Luxembourg formally accepts FGM as grounds for asylum.

Making progress
“EIGE’s latest estimations of the number of girls at risk of FGM show that legislation and campaigns work,” said Carlien Scheele, the head of EIGE.

“The absolute number of girls at risk has gotten bigger because there are more girls from FGM-practising countries living in the EU, but affected communities are increasingly opposed to the practice and frequently lead efforts to eliminate it. We are winning the fight against FGM.”

EIGE recommends that all EU member states provide specialised training to professionals in sectors dealing with affected communities, such as healthcare, education, law enforcement, child protection, and asylum and migration.

EIGE also recommends countries implement national registration systems to record cases of FGM, invest in grassroots campaigns, and recognise FGM as a form of gender-based persecution in the asylum system.