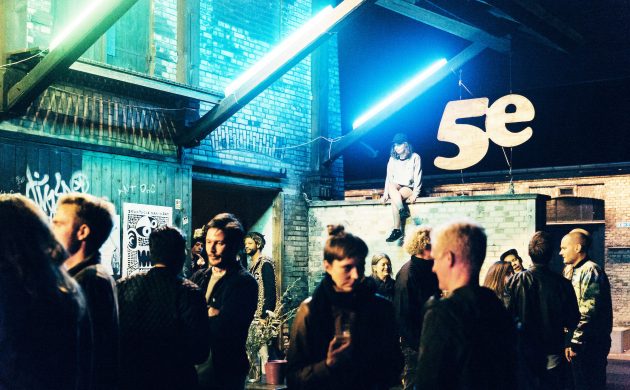 – This festival will be unique in many ways. Due to the extended programming period, there will be more opportunities to hear things that might have otherwise been competing with other concerts. Hopefully, this will result in listeners having to make fewer tough decisions regarding what they attend and what they have to skip. Enjoy this new, relaxed tempo!

– Carve out time in your festival activity schedule to take some chances on artists/bands/venues you aren’t already familiar with.

– If you find a venue you fall in love with that hosts multiple events per day/night, spend a whole day/night there and enjoy the program.

– If you have a positive concert experience, communicate that to performers and venues/staff and ask what else they recommend.

– Not everything will make it into the printed/online program – ask artists about things that they are excited about which might be last-minute additions to their schedules.

Ned Ferm is an internationally acclaimed musician, improviser, composer and producer best known for his work on saxophone in jazz, roots, rock, pop and improv. In 2001 he became the first American to attend Copenhagen’s prestigious Rhythmic Music Conservatory (RMC). His contribution to both the American and European saxophone traditions has received global recognition from audiences, reviewers and fellow musicians alike.

– First of all, let me highlight ILKs venue during CPH Jazz. 5e is in an old slaughterhouse in the Meatpacking District, and during the festival we have four nightly concerts with some of the best and most innovative improvisers Copenhagen has to offer. It’s a pretty intense and intimate listening experience – you won’t get anything like this anywhere in Copenhagen. Between concerts a group of reputable DJs will play in the cozy cobblestone alley in front of the venue, where food and drinks are also served.”

(Find out more at jazz.dk/ilk)

– Another venue I could highlight would be Gården & Gaden. The food and drinks are great and their line-up is also pretty good if you are into contemporary jazz.

Kasper Jensen is the label manager at ILK, an artist-run label and collective of 21 musicians based in Copenhagen, releasing new music hybrids: avant, improv and jazz-related sounds by artists acknowledged as innovators in the international arena. Their catalogue also highlights a wide range of collaborations with masters such as Paul Bley, Henry Grimes, John Tchicai, Dr Lonnie Smith, Airto Moeira, Gerald Cleaver and many more.

– The 21st, 22nd and 23rd are the official jazz afterparty days. At H15 in Kødbyen we’ll be playing from 8-10pm. After that there’s a band called Nebula, who I highly recommend. It’s free improv with different musicians each night. Not everybody is into the traditional or less-accessible stuff like bebop, but Nebula is a lot of fun and will appeal to even those who don’t listen to jazz.

– If you want to see something traditional – like 1950s and 60s style, Miles Davis or John Coltrane-esque – then go to Christiania Jazz Club. Because the whole room is built of wood, the acoustics are amazing – especially when there’s a really good band. You feel connected to the music so much more than in other venues. There’s an incredible jazz saxophonist called Tomas Franck … go see him! At Christiania Jazz Club if possible!

– There’s music everywhere … when you go through the city you can hear four different bands playing – just outside. So I’d also recommend Oncle Danny’s Plads in Vesterbro. It’s a really great outdoor spot when it’s sunny, and they present a lot of different genres there. Kødbyen is a really lively place to hang out during the festival, too.

Oilly Wallace is a rising talent in Scandinavian jazz. He won ‘New Jazz Name of the Year” at the 2016 Danish Music Awards and later released the album ‘Easy Living’ to international acclaim, with guitarist Johannes Wamberg. Wallace has played with a string of Danish jazz musicians including Carsten Dahl, Thomas Blachman, Lennart Ginman, Jan Harbeck and Kjeld Lauritsen, plus a number of international names. He plays the sax in Tabloid – a band led by Wamberg. Their debut album is slated for release later this year.