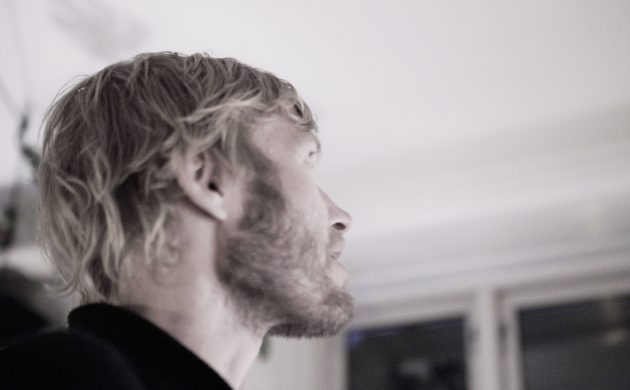 Copenhagen double-bassist and composer Klaus Nørgaard recorded both his self-published albums, ‘Village Life’ (2018) and ‘Clarinet’ (2020), inside a one-block radius in Nørrebro.

They are, in differing ways, hyper-local productions – highly personal compositions produced in his own home and local wine bar.

In Copenhagen and beyond, he has played with the Jorge Rossy Trio, The Soft Trio and Aaron Parks Trio, and is the bandleader and composer for Tropic Minor.

Music in movement
Nørgaard’s first record, Village Life, is in his own words “rooted in the golden age of jazz in the 1950s and 60s, but equally firmly grounded in [his] contemporary life”.

With a nod to Ellington’s playful exoticism, the composition is warm and many-layered. Tonally, it oscillates between rich textures and tranquil, muted interludes, with each instrument being afforded both frenetic and thoughtful moments.

Following its release, All About Jazz noted the record’s particular lyricism: “His music is in movement and the poetic quality of his tunes is balanced by a cool sense of swing.”

Though the atmosphere is sweetly hypnagogic, ‘Village Life’ owes its sense of intimacy to more than light hands.

Nørgaard is joined by “local musicians, friends and long-time collaborators from afar” on sax, drums, vibraphone, trombone and vocals. Whether by cause or effect, this esprit de corps imbues the sound with a tangible expression of amity and harmony.

“If Sisyphus were to pick up the clarinet”
But hang tight: what followed Village Life was a total stylistic departure. Clarinet, recorded in Nørgaard’s own tiny apartment, is built up by a single clarinet voice, repeatedly overdubbed.

“This is not the music of the village, but of the recluse,” says Nørgaard. Neither does the record draw on American jazz traditions – Clarinet is instead founded on “a specific way of relating to the present”.

“There are no breaks, rhythms, or harmonic developments in any classical sense. Just constant retakes, none of them exactly the same as the previous one, all of them slowly building up an ever-changing present,” he explains.

“This is what it might sound like if Sisyphus were to pick up the clarinet.” Certainly, if Village Life is a late-afternoon stroll through the square, the cerebral Clarinet is the rolling of an immense boulder up a hill.

Though strikingly polar, the disparities encompassed by Clarinet and Village Life are all contained in Nørgaard himself.

Taken together they illustrate a perspective on jazz that is both philosophical and introspective, both freewheeling and referential.

Whose style are you influenced by?

As a composer my biggest influences are Duke Ellington, Jobim, Joe Zawinul, and a lot of folklore from Africa and Latin America. As a bass player they are Wilbur Ware, Charles Mingus and Ron Carter. But the guy who turned me on to them was my first real teacher, Ben Street.

What did you do to develop your sound?

Lots of manual labour on the bass and ear training. Also reading and listening widely. Studying jazz, along with the cultural and racial history behind.

What new departures in jazz do you think are most interesting?

One of my favourite recent jazz albums (parts of it anyway) is Kurt Rosenwinkel’s Caipi.

What non-musical sources do you look to for inspiration?

I take a lot from books. Specifically classic literature and philosophy.

Probably Afro Bossa or Indigos by Duke Ellington … Or in fact any Duke album.