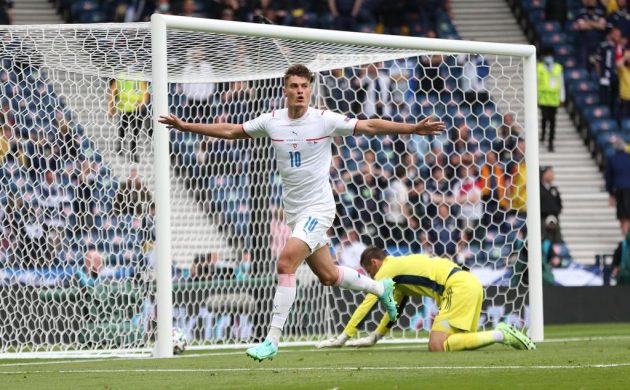 Gazprom, an official partner of the 2020 UEFA European Championship, will today present the first ever NFT trophy in recognition of the best goal scored at UEFA Euro 2020. The digital award will be presented to Czech forward Patrik Schick live on the Gazprom Football YouTube channel at 15:00 CET (16:00 Moscow time).

The NFT trophy, which combines sports, art, and technology, will be presented to the audience at the ceremony. The digital award initiated by Gazprom was created by Russian calligrafuturism artist Pokras Lampas (see below).

In May 2021, UEFA announced that Gazprom would be a sponsor at the 2020 and 2024 editions of the UEFA EURO. The terms of co-operation included the presentation of the award for the Goal of the Tournament UEFA EURO 2020, which was designed as an NFT trophy – a digital non-renewable version of a work of art.

City-wide treasure hunt
Lampas created an art installation of 432 balls, which became the physical prototype of the NFT trophy, at Gazprom’s booth at the football village in St Petersburg during the championship. On 27 June, the prototype of the award was broken down into individual balls, each of which was covered with a unique calligraphic ornament by the artist.

The picturesque balls were digitized, and on the eve of the championship final, on the night of 10–11 July, they appeared on the streets of the 11 cities that hosted the 2020 UEFA European Championship: Amsterdam, Baku, Budapest, Bucharest, Glasgow, Copenhagen, London, Munich, Rome, St Petersburg, and Seville. Thousands of residents and guests of European cities took part in the search for the balls.

The ceremony will be attended by Gazprom Department Head and Press Secretary of the Management Board Chairman Sergey Kupriyanov, UEFA Marketing Director Guy-Laurent Epstein, artist Pokras Lampas, and the forward to score the goal Patrik Schick.

NFTs are unique digital certificates stored in blockchain, which guarantee the originality of the item and grants exclusive rights to it. NFT technology was created in 2017 based on Ethereum smart contracts. The first piece of art to be turned into an NFT token was a black and white stencil by the artist Banksy – a 2007 stencil titled Morons (White). Blockchain company Injective Protocol bought it, burned it, and created an NFT token – a virtual asset that is tied to “a digital sample of an objet d’art”. 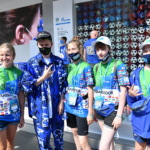 is one of the most outstanding representatives of modern calligraphy. In his works, he combines elements of street art, typography, and calligraphy from different cultures. He was invited to play the role of the official ambassador of the calligraffiti style, while at the same time working on the creation and promotion of his own type of calligraffiti.