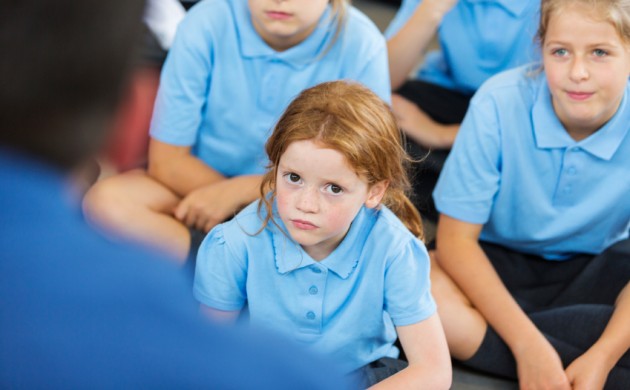 Schools, leisure and daycare facilities are still open in the City of Copenhagen, but on Monday the municipality introduced a number of initiatives for schools in the area.

Based on the recommendations from the Danish Agency for Patient Safety, parents are asked to drop off and pick up children outside the school, and children should not mix across classes.

As these are only recommendations, the City of Copenhagen cannot specify how long the new measures will be used.

Many municipalities show worrying surge
The measures follow an increase in the infection rate in the City of Copenhagen. Incidence figures indicating how many new cases there have been in the last week per 100,000 reached 686.3 on Monday.

The Epidemic Commission’s limit for imposing local measures is an incidence figure of 400.

The latest figures from the Statens Serums Institut (SSI) reveal that 43 municipalities have an incidence rate of above 400, and it has therefore recommended a broad uptake of local restrictions.

The recommendations have been made in collaboration between the Ministry of Health and the National Association of Local Authorities.

Must protect the elderly
Herlev, one of the municipalities to respond the fastest to the local measures, reported that in the majority of cases it was children who were testing positive and subsequently spreading infection in their households.

One of the schools in the municipality – Lindehøjsskolen – has been ordered to close classes 0-5 for one week due to an outbreak.

“We do not have any outbreaks in our care centres or among our elderly – that would worry us very much,” Hannah Wilson, the manager at the Center for Children, Young People and Families in Herlev Municipality, told TV2.

Air passenger numbers at Copenhagen Airport in October a lot higher
The number of passengers passing through Copenhagen Airport increased to 1.6 million in October – up from 1.3 million in September. The number of passengers is now 58 percent of the level of October 2019. Some 67,253 passengers were recorded on one day during the autumn holiday – the highest number for a single day during the pandemic. However, numbers for long-distance routes and transfer traffic are still low.

Healthcare sector canteens going green
The City of Copenhagen is launching a new ambitious effort to reduce the CO2 footprint of the municipality’s food by 25 percent by 2025. Therefore, daycare institutions, nursing homes and residences are pivoting to menus that contain more vegetables and less meat. Copenhagen kindergartens, for example, will serve vegetable lasagne and quinoa burgers. DTU Food Institute and Meyers Madhus have contributed 750 new recipes to the drive.

Ambitious plan to solve Copenhagen’s shortage of educators
New minimum standards for daycare stipulate two thirds of pedagogical employees must be trained educators – but that will lead to a shortage of up to 1,000. Therefore, the City of Copenhagen will allow more academics and pedagogical assistants to train as educators, starting from 2022. Some 36 million kroner will also be allocated annually for new recruitment initiatives like improved senior schemes and retention bonuses.

Helsingør: Tourism reaches pre-corona levels
The number of international tourists is still below the level of 2019, but the Danes’ interest in visiting Helsingør has increased so much that the total number of overnight stays in September (44,800) exceeded the level for September 2019 (43,000), according to Danmarks Statistic. At the turn of the year, Helsingør Municipality began a marketing collaboration with Wonderful Copenhagen, which they have credited much of the attention to.

Significant increase in the number of postal votes in Copenhagen
In 2017, 22,443 Copenhageners voted by mail, while this year the figure leapt to 35,900 – a 60 percent increase, according to the Culture and Leisure Administration, which is responsible for holding the two elections in Copenhagen Municipality. On the one hand, there were almost 28,000 more eligible Copenhageners than four years ago, and it was also possible to vote by mail in more municipalities this year: 11 places vs nine in 2017. COVID-19 infection rates are also likely to have played a role.

CBS closes six programs and 334 study places
Copenhagen Business School (CBS) has terminated six courses and 334 study places in response to the “more and better educational opportunities” initiative, which a broad majority of Parliament passed in June. In 2025, the school will close an additional 294 study places. Among the first courses to be discontinued are BAs in Business Economics and Philosophy. CBS students are protesting against the changes.