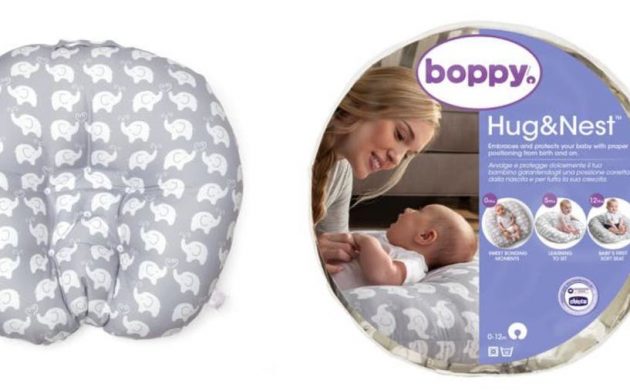 If you recently acquired one of these, take it back! (photo: Sikkerhedsstyrelsen)
January 14th, 2022 5:23 pm| by Ben Hamilton

The Boppy Model Hug & Nest, a pillow/mini mattress designed for babies, has been recalled from shelves.

If the safety instructions are not followed, there is a risk of suffocation, warns Sikkerhedsstyrelsen.

Return it to the place of purchase for a full refund.

Long serving Foreign Ministry employee resigns post
Lars Gert Lose, a long serving employee of the Foreign Ministry, has resigned as head of department to take on a role at Copenhagen Infrastructure Partners. Over the last two and a half decades, he had pretty much become the face of the ministry. He served as the Danish ambassador to the US from 2015 to 2019.

Number of incidents in Gulf of Guinea has halved
The Esbern Snare, the Danish frigate deployed to patrol the Gulf of Guinea to reduce piracy in the area, cannot take all the credit, but it would appear there have been fewer incidents this year. There were only 57 confirmed kidnappings of merchant seamen in 2021, compared to 130 in 2020. Besides, the Esbern Snare, which was involved in a firefight that killed four pirates six weeks ago, was only deployed in early November!

Valby Station damage causes huge delays
Parts of a bridge collapsed at Valby Station yesterday, making it impossible to run any services for the remainder of the day. Passengers instead had to use a replacement bus service to reach central Copenhagen. Large slabs of concrete fell onto the track.

Mink supplier to sell the remainder of its stock
Kopenhagen Fur has confirmed it will be selling its entire stock of mink hides over the next two years. In total it will offload 20 million mink hides, starting with a consignment at an auction in Glostrup from February 24-28.

Public warned against filming crash scenes
The police have appealed to the public to not film accident scenes after several motorists were sighted with their phones fixed on the carnage that left somebody dead on Funen Motorway recently. “It is not only ethically wrong, but also illegal if you subsequently share your footage,” noted Funen Police. The offence could earn fines and even a spell in prison.

Fredensborg Castle Gardens to be renovated
The AP Møller Foundation and Wife Chastine Mc-Kinney Møller Foundation have donated 24 million kroner towards the renovation of Fredensborg Castle Gardens. It is believed the work will begin in the spring. Fredensborg is a favoured home of the royals. Four years ago, Prince Henrik passed away there and it is thought part of the renovation will be dedicated to sprucing up a bridge given to him as a birthday present.

Psychological violence verdict upheld but slightly reduced
A city court prison sentence handed out to a man who subjected his girlfriend to psychological violence has been upheld by the Eastern High Court. “To my knowledge, this is the first time that a high court has ruled on the punishment in a case that is exclusively about psychological violence,” prosecutor Lotte Nielsen told media. Such a prosecution has only been possible since a change to the penal code in 2019. However, the man’s sentence was reduced from six to four months.

Nik & Jay cancel long expected tour of Denmark
Nik & Jay have cancelled the tour they have been planning since 2019. Long postponed by corona, the duo had been expected to take their ‘Long Live the Dreams Tour’ to large venues in Aalborg, Aarhus, Odense and Copenhagen this spring. However, they have now had a change of heart. “It’s simply time to close this chapter and start some new adventures,” they wrote on Facebook.

Elderly warned about new scam in which fraudsters impersonate the police
The police have warned of fraudsters pretending they work in law enforcement and targeting the elderly. In most cases, they call the victims and tell them their bank account is at risk from hackers and that they would be best advised to transfer their money into a different account.

Holger Rune hailed as one to watch
The official website of the Australian Open, the grand slam tennis tournament scheduled to start next Monday, has identified young Danish talent Holger Rune as one of the sport’s future stars. It applauded his “incredible work ethic, thirst for competition and love of the game”. Rune will play South Korean player Kwon Soonwoo in the first round, with the #14 seed Denis Shapovalov probably waiting in the next round should he prevail. Clara Tauson, meanwhile, will face Astra Sharma, the world number 101, in her opening match.

Handballers off to solid start in bid to win Euros
Denmark yesterday opened its European Men’s Handball Championships campaign with a comfortable 30-21 victory over Montenegro. Denmark, who are the favourites to win, play Slovenia tomorrow and then North Macedonia to complete their initial group phase. Co-hosted by Hungary and Slovakia, the tournament is scheduled to conclude on January 30.