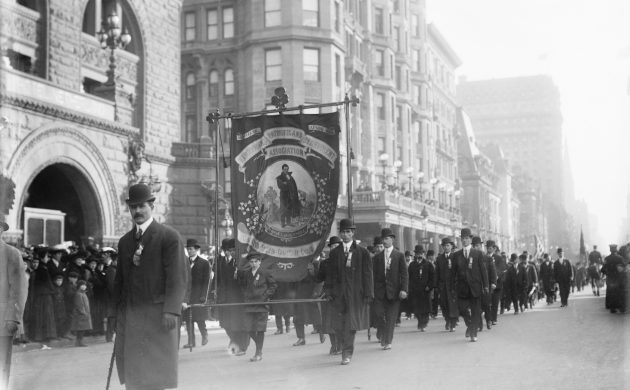 180: Emperor Marcus Aurelius dies: a cracking day for his son Commodus, but not good for Maximus Decimus Meridius –  commander of the armies of the north, general of the Felix Legion, and loyal servant to the true emperor – who becomes a father to a murdered son, husband to a murdered wife, and decides he will have his vengeance in this life or the next.

1777: Father Patrick Brontë is born in County Down, where he lives until he is 25. Ordained as an Anglican priest, it is as a literal father that he achieves enduring fame. Tragically he goes on to outlive his entire literary offspring, dying at the ripe old age of 84.

1939: Giovanni Trapattoni is born, and 70 years later the Italian would echo the disgust of millions of fans worldwide when a deliberate Thierry Henry hand-ball prevents the Republic of Ireland from qualifying for the 2010 World Cup.  He brings quirky habits – such as sprinkling holy water (a steady supply from his sister, a nun) in the dugout –  and a level of English that even the Irish can’t understand (‘Trappish’ according to the local media). But all is forgiven when Ireland qualify for Euro 2012 – their first major tournament for 10 years.

1968: Mathew St Patrick, who finds fame as the gay black cop in Six Feet Under, is born – a happy coincidence for his family name, but how cool would Patrick St Patrick have been for a name.

1985: Night Stalker kills his first two victims. The Thin Lizzy tribute band had been warned against playing ‘Whisky in the Jar’ again.

2020: Disaster strikes just days before the big day when the corona lockdown makes it necessary to cancel the entire program of St Patrick’s Day festivities in Copenhagen. This year’s occasion will mark the return of the three-legged race and parade after more than a 1,000-day absence.