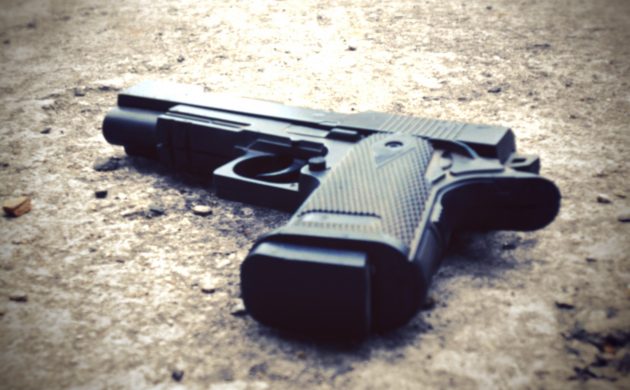 American conservatives are taking to Twitter to say strict gun laws do not prevent gun violence, erroneously pointing to Sunday’s shooting at a Copenhagen shopping mall as evidence.

“Shooting in Copenhagen Denmark where guns are BANNED? Oooooh child I can’t wait for the Left to explain how that happened!” tweeted Lavern Spicer, a Republican congressional candidate in Florida.

“There was just a mass shooting in Denmark, a country with some of the strictest gun laws in Europe,” said Lauren Boebert, a Republican congresswoman from Colorado.  “It’s time to admit that gun laws DO NOT stop mass shootings!”

“Can someone on the Left explain to me how a nation like Denmark has mass shootings when the only type of weapon that civilians may own without a [license] are air rifles,” remarked JR Majewski , a Republican congressional candidate in Ohio. “Sounds like gun laws are useless for criminals, as we’ve been saying.”

Stricter gun laws
Gun Policy, an organisation focused on gun control and violence, says it’s true that Denmark has restrictive gun laws.  Those who seek to be licensed gun owners in Denmark are required to demonstrate a genuine reason to possess a firearm, such as for collection or hunting.

Furthermore, civilians are not allowed to own fully automatic firearms, while semi-automatic weapons and handguns are only allowed with special authorisation.

However, as those on the other side of the American political aisle have been quick to point out, it’s also true that Denmark has significantly lower rates of gun violence than the United States.

Less violence
The last time there was a mass shooting in Denmark before Sunday’s incident was in February 2015, when two people were killed and five were injured in a series of terror-related shootings.

The US, on the other hand, has already experienced 309 mass shootings in 2022, according to the Gun Violence Archive, an independent data collection organisation. The organisation defines a mass shooting as an incident in which four or more people are shot or killed, excluding the shooter.

Yesterday, six people were killed and dozens were injured in a shooting in Chicago. And in May, mass shootings in Buffalo, New York and Uvalde, Texas left dozens dead within a week.

New gun laws in the US
The epidemic of gun violence in the US has led to some political action. In June, Congress passed the most significant firearms legislation the country has seen in nearly 30 years.