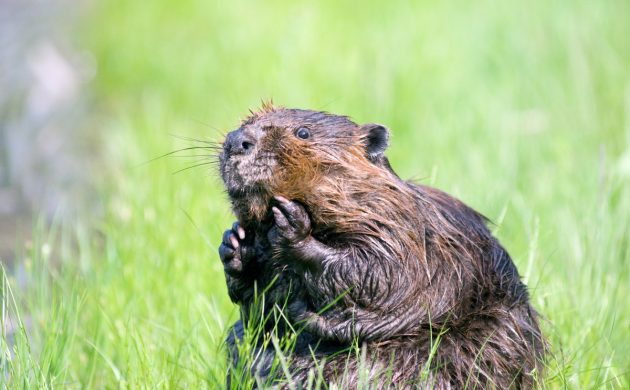 You name it, we’ve skinned it. After all, Hagrid wore a coat made out of moleskin, and Cruella de vil wanted to make a coat out of 101 Dalmatian dogs.

Of course, for the 2021 film about the villain, actress Emma Stone wears 47 costumes and none of them contain fur – a reflection of how the world is moving on, or at least most of it. Coats made out of dog and cat fur are still relatively normal in China.

And don’t remind us about Dakota Johnson. For an appearance on US TV show ‘Today’ to promote her film ‘Fifty Shades Darker’ in 2017, the actress wore a Gucci mink coat with a skinned tiger on the back. What was that about?

So popular in Sweden it went extinct
So really, the headline ‘High-status Danish Vikings wore exotic beaver furs’, which has been doing the rounds over the last day, shouldn’t surprise anyone.

Beaver has always been a sought-after fur in Scandinavia. Back when it had an army of note, Swedish soldiers wore broad-brimmed hats made exclusively from beaver felt – to the extent it started importing it from North America when the species was declared extinct in 1871, although it has since returned.

So a University of Copenhagen study’s conclusion that beaver fur was a symbol of wealth and lucratively traded in the 10th century is straight out of the ‘bleeding obvious’ drawer, given the abundance of the fur doing the rounds in its northern neighbour back then.

Squirrels too
Animal remains, both hides and clothing, from six high-status graves in Denmark contained identifiable proteins that confirmed the presence of beavers, weasels and even a squirrel, revealed the study’s lead author, Luise Ørsted Brandt.

Beavers are not native to Denmark, so the researchers conclude it was heavily traded and “a luxury commodity, limited to the elite”. Written records also confirm that beaver fur was a common commodity in the region.

“In the Viking Age, wearing exotic fur was almost certainly an obvious visual statement of affluence and social status, similar to high-end fashion in today’s world.”