In 1867, the future inventor, industrialist and founder of the Toyota empire, Toyoda Sakichi, was born in a poor village in central Honshu, the oldest of three brothers.

When he wasn’t working in his father’s carpentry business, young Sakichi spent his free time lost deep within the pages of ‘Saigoku Risshi hen’, a wildly-popular translation of ‘Self-Help’ by Samuel Smiles (the bible of mid-Victorian liberalism).

Richard’s reincarnation
One story in particular – that of Sir Richard Arkwright, an 18th century inventor of textile machinery – mesmerised him. Though a century and a half separated them, their lives were so similar that Sakichi could have been Arkwright’s reincarnation.

He was inspired and, at 23, his newfound but insatiable hunger for learning and invention drove him from his childhood village to Yokohama, a ten-day journey by horse and carriage.

In time, Sakichi would file more than 100 patents. His crowning achievement, the Type G automatic loom, was heralded as the world’s most advanced, delivering dramatic improvements in quality and a twentyfold increase in productivity (in 2007, it was memorialised as a major contributor to Japan’s industrial revolution).

More whys than Delilah
But apart from establishing Toyoda Automatic Loom Works (the precursor of Toyota Motor Company), Sakichi’s lasting legacy is the eternal question on every child’s lips: “But why?”

And he didn’t ask it once, but over and over again until the root cause of any problem was found and its solution, a new and improved process, became clear.

Today, Sakichi’s 5 Whys (named after the average number of whys needed to resolve a problem) remains the cornerstone of Toyota’s manufacturing philosophy: a critical component of problem-solving training worldwide, and the foundation of nearly every modern process and product development model used to solve problems, improve quality, and/or reduce costs.

But why … not
However, the usefulness of Kaichi’s ‘but why’ isn’t limited to business. It can be an incredibly insightful approach to clarifying your next career move. For example, a four-year employee is feeling increasingly dissatisfied with her job, but doesn’t know what to do, so she asks herself the 5 Whys (see below).

The last question could be a stopping point. Over the course of the questions, several root issues are uncovered. Each one is a great starting point for a career growth plan (e.g unnoticed by management, needing a workplace that better utilises her talents and abilities, and finding work that periodically changes).

What’s your Why?
One of the positives of a 5-Why approach is that while it focused on outcomes, there are no rules about what line of questioning to explore or how long to continue the search for additional root causes. This level of design flexibility is vital for finding real reasons and root causes for any problem.

So what’s your problem? More importantly, why’s it happening? What’s your final Why? Sakichi’s timeless ‘but why’ approach will forever be a good beginning to a career development process that works best for you. 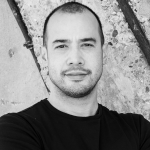 Why are you feeling dissatisfied? – I’m tired of doing the same work every single day.

Why are you tired of doing the same thing? – Because I don’t feel my job is using all my talents and abilities.

Why is your job not using all your talents and abilities? – The work isn’t challenging anymore. I’d like to do more.

Why aren’t you doing more in your job? – I don’t know … I’ve not said anything, but my boss should see what I can do!

Why hasn’t your boss seen what you can do? – Because they’re blind! I’ve worked so hard for years and nothing has come my way! I’m so unappreciated. They don’t value me.

Interview Question
Why do you want this job?

Why they’re asking – As you hopefully already know, they’re asking this question because they want to get a sense of how you’d fit in and add value to the organisation. Even if it’s true, never EVER say: “Because I need a job.” It shows a total lack of passion, interest and loyalty to this job and company. It also suggests you’re willing to leave the moment something better comes along (which, of course, you would, but you shouldn’t say or imply it).
How do you answer – There are several approaches. Show your 1) skills match, 2) enthusiasm for the work (not the job), 3) fit in with their culture (hopefully you’ve already discussed their culture), and 4) career path. All of them answer concerns every employer has: are you worth investing in (time and money), and will you stick around.

Workplace Question
I work with a friendly group of social, dynamic people, and at least once a week they go out for drinks. At work, they’re always nice to me, but I feel like an outsider, so I’m not sure how comfortable I’d be if I went. They used to invite me, but I don’t want to get drunk and I have family commitments, so I’ve never gone and they’ve stopped asking.

Although unintentional, what kind of message might you be sending by not investing personal time in your team? After-work drinks isn’t a polite way of saying “Let’s get drunk” and being invited isn’t code for “You’re my best friend!” But it is a chance to get to know your colleagues better, and the better connected you are, the better the team spirit and group alignment. So, go! Hang out, but don’t get stuck in one-on-one conversations. And since you have commitments, have a great exit strategy that you mention before
going.