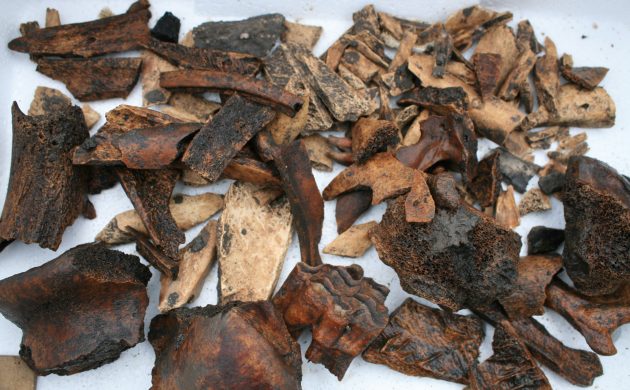 Not too dissimilar to the remains of a cat’s dinner (photo: Nordjyllands Historiske Museum)
January 4th, 2017 1:21 pm| by Christian W

While many dog lovers have developed a penchant for despising our feline friends, cats have been held in high regard throughout history – and even revered as gods by the ancient Egyptians.

Up until now, it was believed they weren’t introduced to Denmark until the Viking Age, but the discovery of thousand-year-old remains of two cats in Aalborg has sown doubt on that assumption.

The remains of the cats were discovered by archaeologists during an excavation of the area where a new university hospital in Aalborg is set to be built.

“We have to expect that they came to north Jutland in connection with the establishment of contact with the Romans.”

If true, it would place cats in Denmark up to 500 years earlier than previously believed.

Find of the year
The remains of the cats actually turned up during excavations in 2014 and 2015, but it wasn’t until 2016 that the museum in north Jutland realised what the remains were.

In September the world’s largest genetic study on ancient cats revealed that the Vikings took the felines on their travels.

A research team analysed DNA from more than 200 cat remains found at more than 30 archaeological sites across Europe, Middle East and Africa.